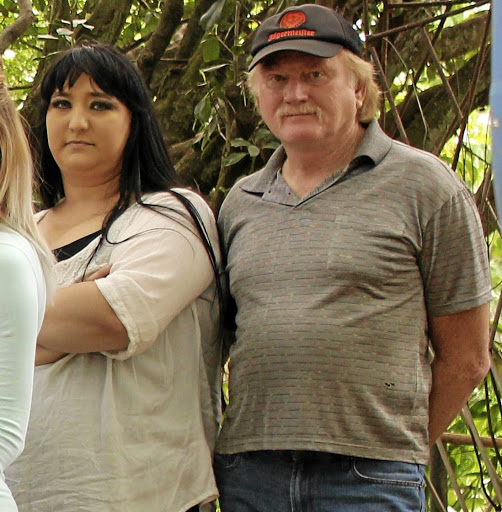 Cathy van Oudtshoorn looked calm‚ carrying a baby wrapped in a pink blanket‚ as she arrived at the High Court in Pretoria to stand trial for allegedly killing her husband – the man who had adopted her as a toddler.

Wearing a casual black and white outfit‚ Van Oudtshoorn‚ 31‚ was accompanied to court by a friend.

The Sunday Times reported at the weekend that prosecutors would have to unravel a tangled web of murder‚ divorce and perjury in her trial.

Van Oudtshoorn is accused of fatally shooting her father/husband Chris van Oudtshoorn‚ a 57-year-old electrical engineer from Brakpan in Gauteng‚ in April 2016 while he was watching TV.

Deepening the intrigue was the fact that Chris's ex-wife‚ Jorina van Niekerk‚ 55‚ was convicted and jailed as an accessory to the murder.

Seated for a consultation with her lawyer‚ Thembi Bokako‚ in the foyer of the court‚ Van Oudtshoorn looked calm and smiled every now and then.

Bokako of Legal Aid‚ told the Sunday Times: "It has been stressful for her but she's coping under the circumstances. She has a new baby‚ who was born in June."

The trial is set to get under way on Monday.

Family affair: his daughter, then his wife. Now his killer?

They all had 'an idyllic family relationship'
News
3 years ago

Henri van Breda’s girlfriend‚ Danielle Janse van Rensburg‚ has broken her silence on the conviction and sentencing of her boyfriend for the gruesome ...
News
3 years ago