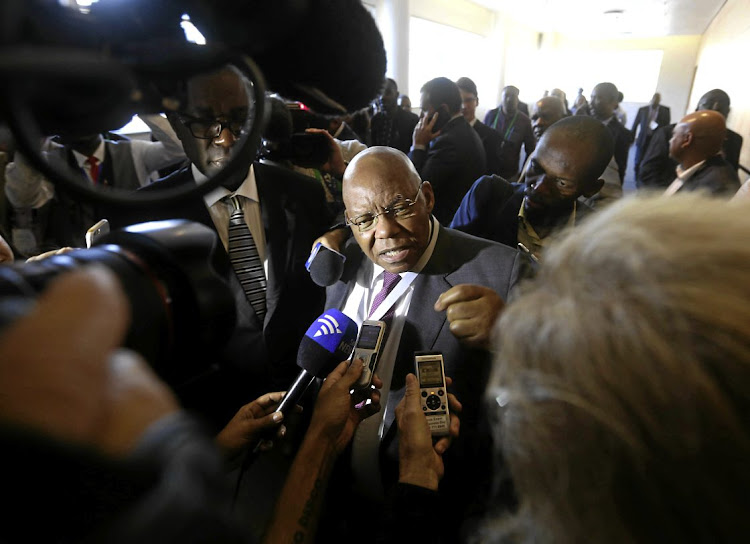 Ngubane wrote to former public enterprises minister Lynne Brown in 2015‚ saying the parastatal had decided to “suspend any dealing”‚ including the “placement of advertising” with the Sunday Times‚ Mail and Guardian and City Press.

Details about the letter are contained in an explosive draft report‚ commissioned by Treasury‚ into allegations of looting at Eskom and Transnet‚ Business Day reported on Tuesday.

“The report‚ produced by Fundudzi Forensic Services‚ provides a devastating picture of the Gupta-linked network’s five-year looting spree at the state entities‚” the newspaper reported.

It revealed how procurement rules were flouted at Transnet involving train deals worth billions‚ suspicious payments to former Transnet and Eskom chief financial officer Anoj Singh and Ngubane’s bid to blacklist the newspapers.

In a letter to Brown‚ dated September 30‚ 2015‚ Ngubane said that dealings with the publications would be suspended‚ "be it the placement of advertising‚ or any commercial relationship" pending the outcome of complaints the parastatals had lodged against them.

Ngubane told TimesLIVE‚ at the time‚ that he had resigned for personal reasons‚ not because he was running away from links to the Gupta family or a parliamentary inquiry into the power utility.

“I have been in parliament many times‚ where I have been humiliated‚ cursed and degraded and I survived. Why should I fear something like this inquiry?”

Assume that load-shedding will happen this week.
News
3 years ago

Staff shedding on the way for Eskom

The National Treasury says it has received the draft forensic report on alleged irregularities in the awarding by Eskom of a coal contract to Tegeta ...
Business
3 years ago

RON DERBY: Time to see the light over partial privatisation of Eskom

The state should aim to avoid this bitter pill being forced on it by IMF suits, and accept partial privatisation on terms befitting a developmental ...
Business
3 years ago