Cape Town's 100 new railway cops are on the way 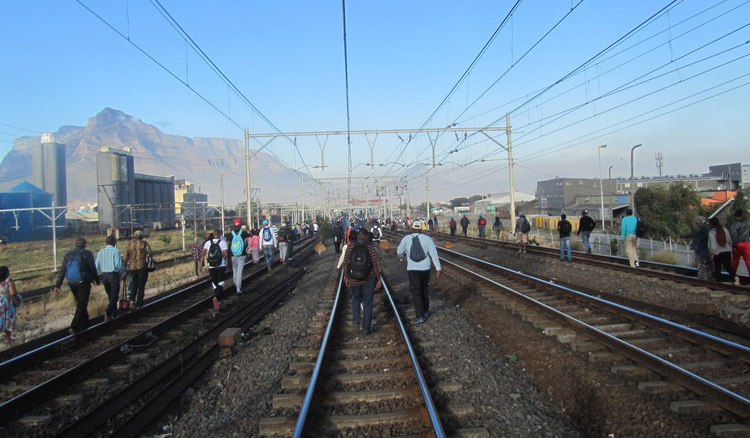 Cape Town’s new railway cops will be on duty by the end of September.

A R16-million budget for the pilot project was approved on Wednesday by the City of Cape Town mayoral committee.

Brett Herron‚ the mayoral committee member for transport‚ said the amount would be matched by the Western Cape transport department and the Passenger Rail Agency of South Africa‚ meaning R48-million would be available.

The money will be spent on training and deploying 100 members of a new railway enforcement unit‚ which will report to the city council law enforcement department.

Herron said the 100 officers were “just a start”‚ and would aim to reduce crime and vandalism on commuter trains and make passengers feel safer.

The civil society group #UniteBehind has written to President Cyril Ramaphosa asking him to declare a spate of arson attacks on Cape Town trains a national disaster‚ GroundUp reported on Wednesday.

Matthew Hirsch of #UniteBehind said: “We don’t believe that these are just frustrated commuters setting carriages alight. There is a more sinister element behind these attacks.”

Police arrested a suspect who attempted to torch a train on Tuesday at Cape Town station.
News
3 years ago

Another train fire for Cape Town - but it's a drill

Cape Town will have yet another train fire emergency to deal with on Wednesday‚ but this time it will be just a drill.
News
3 years ago