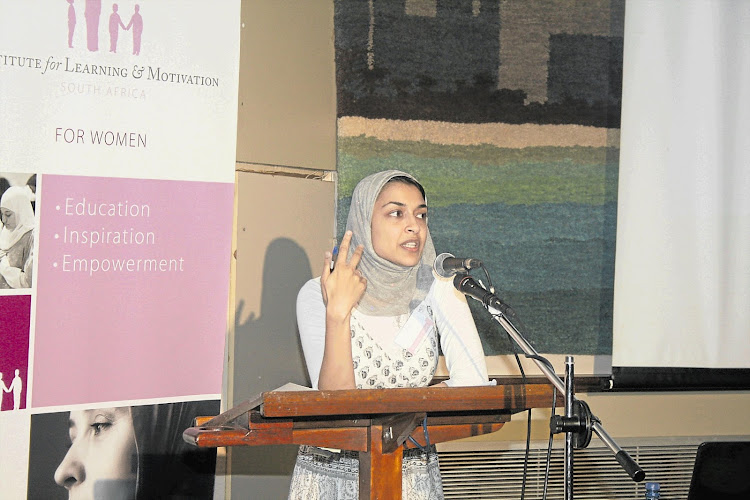 Durban-based South African writer Shubnum Khan was shocked when she found pictures of herself‚ front and centre‚ in a series of international advertisements – and not only was she not paid for the work‚ she didn’t even know it was happening.

Khan told her cautionary tale in a now-viral Twitter thread she posted at the weekend. She warned people against free photo shoots.

The saga came to light when a friend first spotted her picture in an advert on Facebook. She then alerted Khan to the advert‚ in which she was explaining the virtues of immigration in Canada. This triggered her memory about how it might all have happened.

So today I'm going to tell you the story of How I Ended Up with my Face On a McDonald's Advert in China - A Cautionary Tale. Six or so years ago, a friend in Canada posted a pic on my FB wall to say she found an advert of me promoting immigration in a Canadian newspaper. pic.twitter.com/QJ0nWpYNmQ

Khan explained that she and a few friends‚ while still at university‚ were told of a free photoshoot by a Cape town photographer‚ who promised them professional portraits in exchange for shooting three pictures per person: straight-faced‚ smiling and crazy.

They were then expected to sign a release form for the photos‚ a document which they thought was giving permission for the images to be used in the photographer’s portfolio. Only later did they discover that they were going to be used as stock images and‚ according to the photographer‚ was written in the small print‚ which they did not read.

“If I’m not welcoming immigrants to Canada‚ I’m selling carpets in New York‚ leading treks in Cambodia‚ or looking for love in France‚” she said on Twitter.

Although Khan was not compensated for any of the adverts‚ she expressed concern at “the misleading and downright dishonesty of promoting these products”.

When she contacted the photographer‚ he reportedly apologised and told her that it was all legal‚ as he explained to them beforehand. But Khan said she did not recall agreeing to her pictures being used as stock images.

The photographer then agreed to take them down form his site‚ but alerted Khan that her images would still pop up in sites that already purchased them.

At the end of her thread she states her picture could have ended up in the wrong place and hopes her story was a cautionary tale for people to be careful what documents they signed.