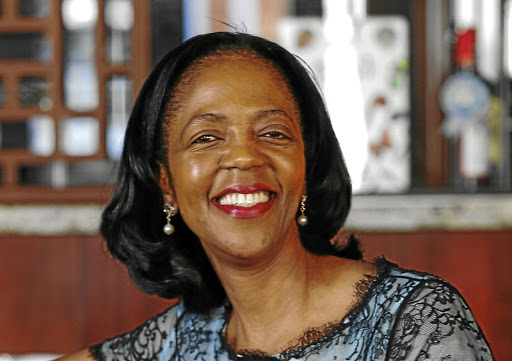 Judy Dlamini has been elected chancellor of the University of the Witwatersrand.

A medical doctor by training‚ Dlamini‚ who is a leading businesswoman‚ author and philanthropist‚ and Anele Mngadi‚ a turnaround strategist‚ were the two nominees for the position.

In a statement issued by Wits on Tuesday night‚ the university quoted her as saying that it was an honour and a pleasure to be elected as chancellor of Wits.

"I would like to thank convocation for its confidence in me. I look forward to working with all sectors of the Wits community‚" Dlamini said.

The acting vice-chancellor of Wits‚ professor Tawana Kupe‚ said the university was privileged to have Dlamini serve as the chancellor of one of the leading institutions on the African continent.

"She is a public figure of very high distinction and personal calibre and reflects the university’s commitment to intellectual integrity and academic excellence‚" Kupe said.

The new vice-chancellor of the University of Cape Town says she applied for the job at the behest of dean of health Bongani Mayosi‚ who committed ...
News
3 years ago

The academic old boy network must fall‚ Africans say in the August edition of the SA Journal of Science.
News
3 years ago

Dlamini‚ 59‚ a medical doctor and author of the book Equal But Different‚ which is based on her research conducted for her doctorate in business leadership‚ is the executive chairperson of the Mbekani Group.

With her husband‚ Sizwe Nxasana‚ the chairperson of the National Student Financial Aid Scheme‚ she founded the Sifiso Learning Group‚ the holding company for Future Nation Schools.

In an interview with the Sunday Times last week‚ Dlamini said that she believed a chancellor's role at a university was to link the different stakeholders of the institution because it "doesn't exist as an island".

"It's important that you actually become the bridge between students‚ the community and the university's management. [A chancellor's position] is a ceremionial position. It's unlike a vice-chancellor‚ who is equivalent to a CEO. What I bring is my passion for education."

During the interview‚ she said she believed she was the right candidate.

"I am passionate about education. There isn't a decade of my life that I haven't studied and I have studied at different universities in this country."

"I always say it's an honour to serve and whether I'm the chancellor of Wits or not‚ I will continue to serve because my purpose in life is to serve‚" she said.