In the past, solitary confinement was primarily used as a means of punishment and, according to International Human Rights Law, constitutes torture

The Department of Correctional Services (DCS) launched the Mandela Rules last week at Drakenstein Correctional Centre in the Western Cape, where the late president Nelson Mandela spent the last 14 months of his 27 years in prison.

The Rules are intended to set the standard for the humane treatment of prisoners worldwide and addressing common ill-practices such as overcrowding, torture and solitary confinement.

The launch of the Mandela Rules - also known as Standard Minimum Rules for the Treatment of Prisoners - comes 63 years after they were first adopted by the United Nations General Assembly in 1955. However, before DCS’s launch of the Rules, in 2008 the Correctional Services Act was amended to abolish solitary confinement while outsourcing some of its previous functions to the new official and, in practice, seemingly all-inclusive term: “segregation”.

In the past, solitary confinement was primarily used as a means of punishment and, according to International Human Rights Law, constitutes torture. 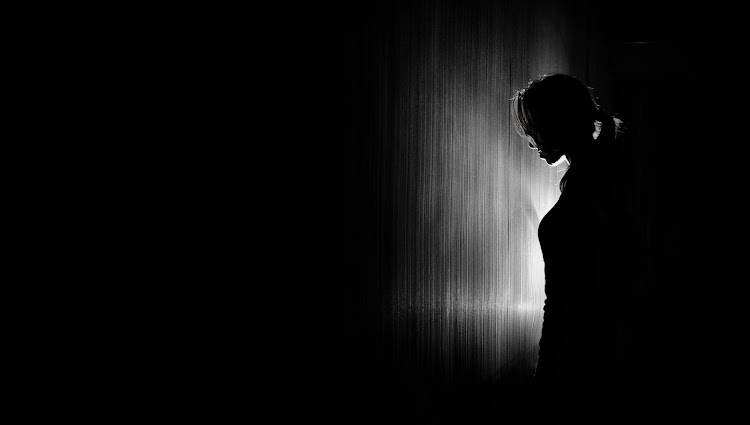 WOMEN BEHIND BARS
Stories of pain, remorse, and anguish from inside Sun City

While it was used as punishment, it was still governed by a number of regulations. Before a penalty of solitary confinement could be enforced, prison management had to obtain a judge’s approval. The inmate had to be visited daily by a medical practitioner isolation was to be discontinued if found to be detrimental to the physical or mental health of the prisoner.

However, these regulations were often ignored with apartheid era prisoners, such as Robert Sobukwe, spending years in solitary confinement on Robben Island.

Thanks to the Amendment Act, the past Act’s provision on solitary confinement is no longer valid. Presently, any inmate who is removed from the general prison population may only be placed in segregation under specific conditions.

This period also may not exceed 30 days, and an inmate in segregation also has to be visited by a medical officer at least once a day. Segregations may also be administered to uphold a prisoner’s written request to be segregated from the common prison population or upon recommendation by a health practitioner.

My husband protected the police minister - but he had to die

A woman who killed her husband - who was one of the VIP protectors of former police minister Fikile Mbalula – has told how she had suffered years of ...
News
4 years ago

The prison may also apply segregate a recaptured prisoner that officials have reason to suspect might attempt to escape again.

On paper, segregation is an improvement on solitary confinement while often mimicking it in practise.

Isolation of the past

Sihle* sits with a group of younger men in a backyard eatery in Orlando West as he recalls his time in Leeuwkop and Modderbee Correctional Centres. It has been 21 years since he was released from prison in 1997, having served seven years of a ten year sentence for armed robbery.

“Even though we were prisoners, we knew we had human rights,” says Sihle.

He and other inmates started a movement called Codesa - named after the Convention for a Democratic South Africa of 1994, which was a series of negotiations between the apartheid government and anti-apartheid groups to bring an end to the oppressive regime. It was towards the end of these negotiations that Sihle and his counterparts started their own Codesa, fighting for their right to vote in the first democratic elections in South Africa.

She was rejected by the daughter she killed for

A 58-year-old woman, who was given a 25-year jail sentence for murdering her husband after he reportedly raped her daughter, has spoken out about the ...
News
4 years ago

It was this movement that earned him his three months in solitary confinement in 1994.

Sihle said prison officials created a stream of cold water running through the corridor, which ensured that the underground solitary confinement cells were perpetually cold.

“It’s so cold that you wish you could hang from the ceiling so that you don’t experience the cold of the concrete [floor],” said Sihle.

He said that in the first month of solitary confinement he was served saltless food, which saw his energy levels drop dramatically. In the second and third months, prison management reintroduced salt into his diet - but the inhumane treatment persisted.

Sihle said that the lights in his cell were kept on day in and day out, with only the sounds of weekend visitors serving as a reliable means by which to gauge the passing of time.

“By the time you leave [solitary confinement] you are weak and tired,” he said. “You don’t want to do anything. That door hits you in the soul.”

Sihle ultimately got to vote in the historic 1994 elections, but he said the memories of his time in solitary confinement continue to shock him to this day.

In the 2016/2017 year, the Judicial Inspectorate for Correctional Services (JICS) recorded 10,760 cases of “segregation”.

My husband lured me into crime, but prison saved me from killing him

A 37-year-old inmate is adamant that there is no truer statement: being in prison saved her.
News
4 years ago

JICS spokesperson, Emerantia Cupido, explained that in the 2016/17 period, JICS recorded 3,204 reports of segregation as per request by inmate, 3,363 for disciplinary reasons, while 860 were prescribed by a medical practitioner on medical grounds.

In the 2015/16 period, JICS recorded 4,089 inmates requests of segregation while 3,420 and 860 were for disciplinary and medical reasons, respectively.

It remains unclear how many deaths occurred in segregation since 2008, according to Cupido.

Thabo Godfrey Botsane is no stranger to both political struggle and segregation in prison. Growing up during some of the turbulent years of the anti-apartheid struggle (1980s) in family of political activists, his destiny as a political activist was virtually unavoidable.

Botsane was raised by a single mother in a house on “Freedom Square” in Welkom. Botsane followed in the footsteps of his mother and other family members who were involved in political activism and, at the age of 21, he relocated to an informal settlement in Welkom to live alone. Left to the devices of youthful impatience and desperation, Botsane was soon arrested for robbery and sentenced to twelve years in prison. His first stop on the twelve year sentence was the privately-run Mangaung prison in Bloemfontein.

In 2013, senior journalist at the Wits Justice Project (WJP), Ruth Hopkins, wrote of Botsane’s experience at Mangaung prison, detailing the assault and torture he endured as a result of his activism inside prison. Inside, Botsane fought against the inhumane treatment that he and his fellow prisoners often faced at the hands of the system.

“I remember one time when we were there in Mangaung, they came and took all our belongings. We [spent] about three days not sleeping, without a blanket and a mattress. Just imagine…three days [on] that metal bed,” Botsane recalled. “There were lots of problems in Mangaung prison. [But] we fought the system.”

Within a year of his imprisonment, Botsane was placed in segregation by the prison management, spending four months in a single cell in spite of the new Amendment Act.

Botsane alleges that during his time in segregation in Manguang prison, he was assaulted by the prison’s Emergency Security Team (EST) members almost daily.

“That prison was bad but segregation was worse,” said Botsane. “It was not right for a human being.”

At times, he spent more than 24 hours in segregation despite the the law stating that prisoners in segregation are entitled to at least an hour of exercise a day. Botsane also spent 60 days more than the hard limit of 30 days cited in the Correctional Services Act.

He describes the cell as a tiny room with a solid door that bore only a hatch for his food and another for the warders to peer through occasionally during the day. His four months in segregation at Mangaung prison was his first, but not last, experience that mirrored the discontinued practice of solitary confinement.

In 2009, Botsane was transferred to Ebongweni Prison in Kokstad, KwaZulu Natal - one of the most secure prisons in the Southern Hemisphere and South Africa’s only super-maximum prison. Here, he spent three years before being transferred back to Mangaung in 2012, prior to his release.

Located 172 kilometres south of Durban, the prison is made up solely of single cell units.

“It was a challenge to stay alone in a cell. You don't have anyone to talk to. You are on your own all the time for these years, staying alone,” Botsane said.

Kokstad’s single cells are characterised by the same features that solitary confinement cells are typically known for. The prison’s single cells are underground and bear solid metal doors with a narrow glass window serving as the only view looking out of the cell onto the brickwall of the prison corridor.

Botsane said the dire conditions at Kokstad C-Max led him and his comrades to yet another protest, by means of a hunger strike - which led to more trauma instead of change.

“[In] Kokstad, it was hard to contact the media or to take out a letter. Everything was screened so you could not do anything,” Botsane said.

Despite the questionable setup of Ebongweni prison, only 48 reports of segregation were recorded for the Kokstad prison between 2008 and the 2017, according to Cupido.

On the other hand, DCS Spokesperson, Singabakho Nxumalo said: “Kokstad Correctional facility does not have segregation cells. What you find in Kokstad are Isolation cells.”

Despite its segregation-like characteristics, Ebongweni C-Max prison seems to be treated to the same semantic dressing up that the Correctional Services Amendment Act is treated to. The distinction between “isolation”, “segregation” and “solitary confinement” remains evasive in practice.