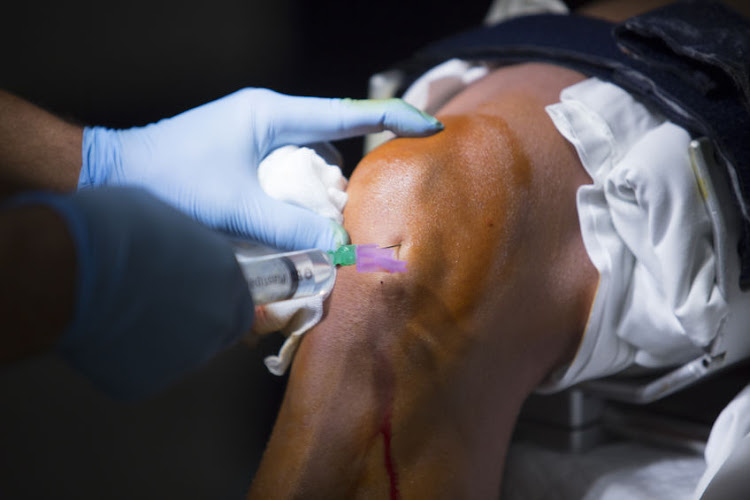 300 knee replacements are done annually, while the waiting list for hip and knee surgery is two years
Image: 123RF/Edward Olive

Thirty-eight people in the Western Cape can see clearly and 28 have new hips and knees thanks to Nelson Mandela.

The Western Cape health department raised R1.8m on Mandela Day‚ July 18‚ and used it to perform cataract and joint replacement operations for patients in “dire need” on waiting lists up to two years long.

“It is amazing how people came together to put the needs of others before anything else‚” provincial head of health Beth Engelbrecht said on Thursday.

“When we began the Mandela Day challenge it was a tough ask‚ but the generous support of all our partners‚ sponsors and medical teams made the task so much lighter.”

The department aimed to raise R1.5m to perform 67 operations and scheduled 68‚ but two patients did not arrive for their cataract surgery.

But its waiting list for cataract surgery was 18 months long‚ and for hip and knee surgery two years. More than 4‚000 people need for joint replacements‚ and Engelbrecht said it would take more than R400m to clear the waiting list.

The health department reallocated funding to buy 67 extra hearing aids in memory of Mandela‚ and they will go to needy patients in rural areas of Eden‚ West Coast‚ Cape Winelands and the Overberg.

Thousands of crafters across the country have honoured former president Nelson Mandela with wool and crochet hooks to set a record‚ and help the ...
News
3 years ago

Mandela's voice of freedom rings out again in Cape Town

In a moment that was both eerie and nostalgic‚ Nelson Mandela spoke from the balcony of the City Hall in Cape Town on Tuesday.
Politics
3 years ago

Nelson Mandela's personal diary from 1962 is now available online‚ thanks to a partnership between the Nelson Mandela Foundation and internet ...
Lifestyle
3 years ago

Former president Jacob Zuma and his successor Cyril Ramaphosa put their political differences aside as they descended on Mvezo in the Eastern Cape to ...
News
3 years ago