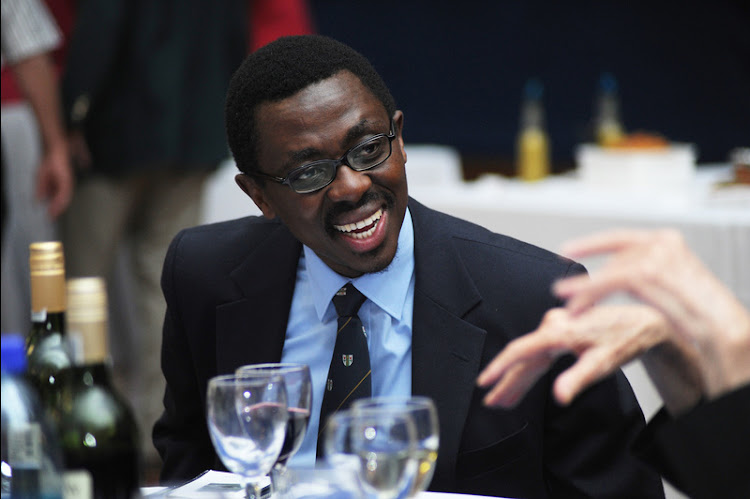 A group of academics called for an inquiry into the factors that led to the suicide of Professor Bongani Mayosi.
Image: UCT

The University of Cape Town confirmed on Friday that an inquiry into the death of Professor Bongani Mayosi‚ dean of health sciences‚ is underway.

This comes after a group of academics called for an inquiry into the factors that led to the suicide a week ago of the 51-year-old cardiologist.

The Black Academic Caucus at the University of Cape Town‚ and others referred to as Concerned UCT Staff‚ released a statement on Thursday calling on the university council to set up an inquiry “as soon as possible after the funeral” on Saturday.

They want “a thorough investigation of the circumstances leading to Prof Mayoi’s decision to terminate his life”.

The group also proposed that “this inquiry must be set up in consultation with especially black staff and students‚ who have on various occasions expressed their experiences of being marginalised at UCT”.

They said that key to the inquiry would be “an understanding of the working conditions in institutions such as UCT”.

The Fees Must Fall movement has come under the spotlight over the way its members occupied Mayosi’s office‚ taunted him‚ belittled him and called him names in 2016.

We all are to blame for not protecting Professor Bongani Mayosi

A few months ago I met Professor Bongani Mayosi in his office at UCT. I had long admired this friend and fellow traveller in the tumultuous world of ...
Ideas
3 years ago

Professor Jonathan Jansen wrote in Times Select this week: “He suffered greatly when students occupied his offices during the fees protests‚ humiliating and insulting this gentleman to the extent that he had to take two months of leave to recover.”

Others have blamed UCT‚ describing a culture in which successful black academics have undue pressure put on them compared to their white colleagues.

The Black Academic Caucus and Concerned UCT Staff also criticised what they saw as an undermining of the wishes of the Mayosi family since the cardiologist’s death.

The memorial service held for Professor Bongani Mayosi was opened with a moving song in memory of the professor that left some of those in attendance in tears on August 2 2018.

The two groups said they were “deeply concerned with the manner in which the circumstances that precipitated Prof Mayosi’s tragic fate” had been handled “following the announcement by the family on the 28th of July that he took his own life”.

They said the “mudslinging” of the past few days was “premature” and not in keeping with the “expressed wishes” of the Mayosi family which had “clearly indicated their need for privacy at this difficult time”.

They added: “This period up to the burial of Prof Mayosi on the 4th of August should be devoted to mourning and celebrating his life.”

An official provincial funeral will be held at Cape Town International Convention Centre on Saturday at 8.30am.

Advocate Ncumisa Mayosi‚ speaking on behalf of the family‚ said the service would be open to the public.

Professor Bongani Mayosi‚ who tragically took his own life last week‚ had disappeared behind the mist of his innumerable accolades since news of his ...
News
3 years ago

The new vice-chancellor of the University of Cape Town says she applied for the job at the behest of dean of health Bongani Mayosi‚ who committed ...
News
3 years ago