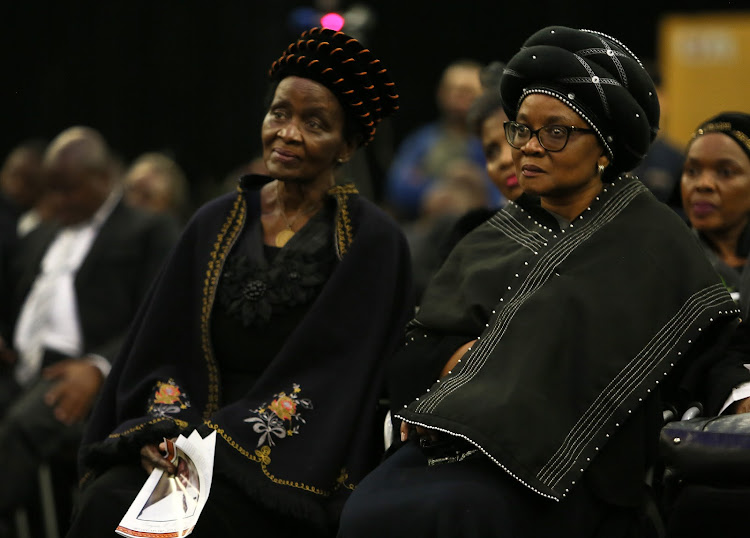 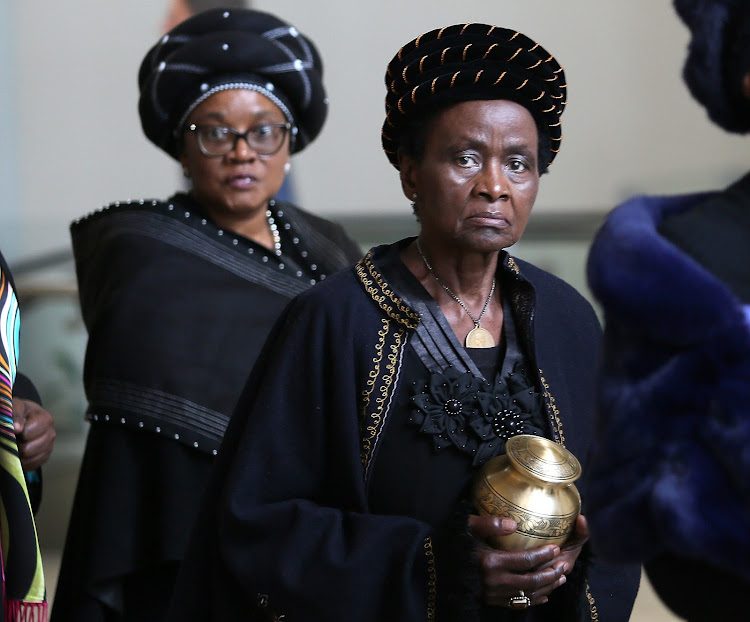 While many saw the man in the buttoned-up white coat with a stethoscope around his neck‚ on Saturday the three daughters of Professor Bongani Mayosi spoke of the best father they could have imagined.

All three — Nosipho Mayosi‚ S’vuyile Mayosi-Manana and Camagu Mayosi — wrote heartfelt farewell letters to the University of Cape Town dean of health sciences‚ who took his own life eight days earlier‚ but asked others to read their words at his funeral in Cape Town on Saturday.

Nosipho recalled her father’s love of knowledge and how he wanted others to share in this passion.

On a trip to Tanzania‚ she recalled‚ “he had taken notes of every word that the tour guide said and then later had given everyone a quiz about the different spices”.

S’vuyile recalled how they sat around the dinner table as a family “debating‚ laughing‚ enjoying one another” while their father’s “value of hard work” was instilled in them.

She said all of them had gone on special outings with their father to the theatre‚ movies and dinners‚ and he had set a high standard for how they should be treated so that one day‚ when they were “wooed by young men”‚ they knew where the bar should be.

When she studied medicine‚ many had asked her if she felt “pressure” because she was the daughter of such a brilliant clinician and researcher. “No‚ I did not. Because he had always taught us to be ourselves‚” she said.

To laughter and applause‚ Camagu recalled how her father did the weekly grocery shopping because “a true African man must hunt for the food to feed his family”.

But the scientist in him still emerged. “His average time was recorded as 23.5 minutes‚” she said.

The cardiologist loved his family in “such a fierce and unconditional way”‚ she said. He would get home from work when they were growing up‚ “take off his blazer‚ loosen his tie‚ kiss all of us hello‚” and in that moment become the loving father and husband.

She said she was heartbroken that he would not walk her down the aisle but said “thank you for surrounding us with father figures” who would continue to be a support in their lives.

Khumalo also paid tribute in a letter read by a friend‚ recalling not only her husband's brilliance but how‚ when many of his comrades in the nineties “got shares in BEE”‚ Mayosi instead fought for money to to support needy postgraduate students.

Over two thousand people gathered in Cape Town on Saturday for the funeral of Professor Bongani Mayosi‚ the dean of health sciences at the University ...
News
3 years ago

She recalled that he proposed to her not with flowers or a ring but by casually asking‚ “what is the lobola process in your family?”

Thembelani Mayosi‚ the brother of the late professor‚ spoke on behalf of their mother who said: “Bongani put the Mayosi family name on the map of the world” and “he was a genius for the world to share”.

His sister‚ advocate Ncumisa Mayosi‚ said Mayosi’s brilliance was “unsurpassed” and spoke of his “funny and contagious laughter”.

“He was short but was a giant of the best kind”‚ she said. “He didn’t get out of bed each day deciding to be inspirational. He got up every day to serve” — which was what made him inspirational.

Dr Fundile Nyati‚ who studied medicine with Mayosi‚ said he was a true “outlier” and should not be celebrated as a role model of “black excellence but universal excellence”.

He compared him to a supernova‚ a star that shines most brightly at the end of its life when there is a massive explosion of energy.

“We are experiencing the after-effects of that‚” he said. “The African morning star is no more.”

Dr Bhavna Patel‚ CEO of Groote Schuur Hospital where Mayosi worked for 26 years‚ said people used to joke he must have “two brains in his head”‚ such was his intelligence‚ knowledge and skill.

“He was often the first to arrive and the last to leave‚ and his office was filled with books and certificates and little things his daughters had made or given to him‚” she said.

He always arrived with his white coat neatly buttoned and his stethoscope around his neck‚ and everyone from doctors and nurses to porters and guards remembered how he had time for them.

Dignitaries who spoke at the funeral included Cape Town mayor Patricia de Lille and Health Minister Aaron Motsoaledi‚ who said Mayosi had changed the face of heart health in the developing world.

Professor Bongani Mayosi‚ who tragically took his own life last week‚ had disappeared behind the mist of his innumerable accolades since news of his ...
News
3 years ago

The University of Cape Town confirmed on Friday that an inquiry into the death of Professor Bongani Mayosi‚ dean of health sciences‚ is underway.
News
3 years ago