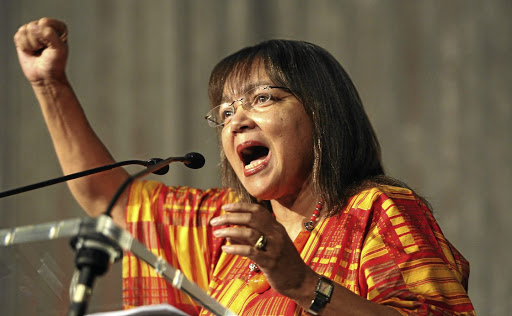 Patricia de Lille will still be part of the DA.
Image: Simon Mathebula

There's been an overwhelming amount of support in favour of  Patricia de Lille after the DA leader resigned as Cape Town mayor, effective from October 31.

After months of war in court, disciplinary hearings and press conferences where mud was freely swung, the party and its Cape Town mayor announced the decision on Sunday, stating that De Lille would still remain a member of the DA despite the resignation.

"While I have been fighting for my rights to prove my innocence‚ and although I was ready to proceed with my disciplinary hearing‚ I also realise that this fight between myself and the DA cannot continue forever," said De Lille at the press conference alongside DA leader Mmusi Maimane.

Patricia de Lille resigned as Cape Town mayor after months of infighting in the Democratic Alliance between certain party members.

Maimane insisted that the job was freely up for grabs and candidates would have to put their names forward and follow the official process.

On social media South Africans showed their support for De Lille, insisting that she had cleared her name.

Patricia De Lille showed the DA flames. Won court battles and showed us that internal structures of the party deserve more scrutiny. Because to this day, on her resignation it’s still unclear what she did wrong

Patricia De Lille you could be the Mayor of Cape Town again under a New Polical Party for the MAJORITY People in the Western Cape pic.twitter.com/r7WujJncmq

What a champ she is

Patricia De Lille will be the DA’s candidate for Western Cape Premier in 2019.

Patricia de Lille has won the battle. I wonder how much the Golden hand shake.#DeLille

You really must visit Umhlanga Rocks in KwaZulu-Natal. Not only do they have fantastic weather, restaurants, hotels and the friendliest service ...
News
3 years ago