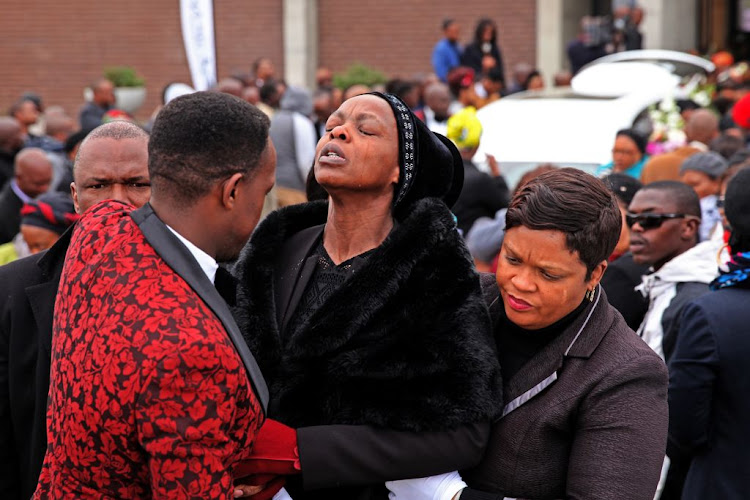 In a heartfelt tribute‚ Thembi Thobile Maseko said the death of her daughter‚ Khensani Maseko‚ has left her a broken woman.

“Khensi‚ your tragic passing left a gaping and bleeding hole in my heart. You were my pride and joy from the moment I held you for the first time. I loved you with every fibre in me‚” read Thembi's tribute‚ written in Khensani's funeral programme.

Khensani‚ a Rhodes University third year BA Law student‚ committed suicide last Friday in her Johannesburg home after she was allegedly raped in May.

Her funeral‚ which was held on Thursday at the Nasrec Memorial Park‚ was attended by Rhodes University’s vice-chancellor Dr Sizwe Mabizela and police minister Bheki Cele‚ among other dignitaries.

“You were my child and yet my little sister I never had. We had a wonderful life together. We shared the highs and the lows‚” Thembi said in her tribute.

She said she was left with rich memories that she will cling to dearly.

Maseko was hailed by her friends‚ fellow students and the university as an “incredible” leader and a selfless human being.

In moving tributes‚ Khensani Maseko's friends‚ fellow students and the Rhodes University vice-chancellor praised her as an "incredible" leader and ...
News
4 years ago