The Vaal stinks. So does Rand Water 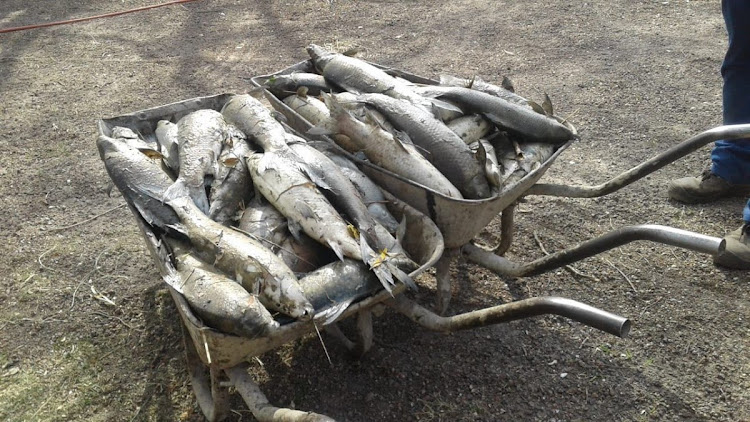 Fish are dying by the thousand owing to raw sewage flowing into the Vaal River.
Image: Cornel Paige

An unprecedented ecological disaster is unfolding in large stretches of the Vaal River, which is the main source of water for some of SA’s best farmland.

Raw sewage has been flowing into the river from pump stations in the Emfuleni Municipality on the northern bank of the river, killing fish in their thousands.

The disaster is unfolding in the midst of the ambitious R1bn Sedibeng Regional Sewer Scheme, announced in 2015 by then Water and Sanitation minister Nomvula Mokonyane.

According to its implementation protocol, one of its objectives was to address the “spillage of raw sewage into the Vaal River” and “deliver effective solutions to prevent pollution of strategic national water resources”.

Its failure has not stopped Rand Water, the implementing agent, from paying chief executive Percy Sechemane incentive bonuses for the past three years of up to 71%, in contravention of a Department of Water and Sanitation remuneration policy which limits bonuses to 45%.

Rand Water told Times Select that “the bonuses implemented to its chief executive remain in line ... with prevailing policy”.