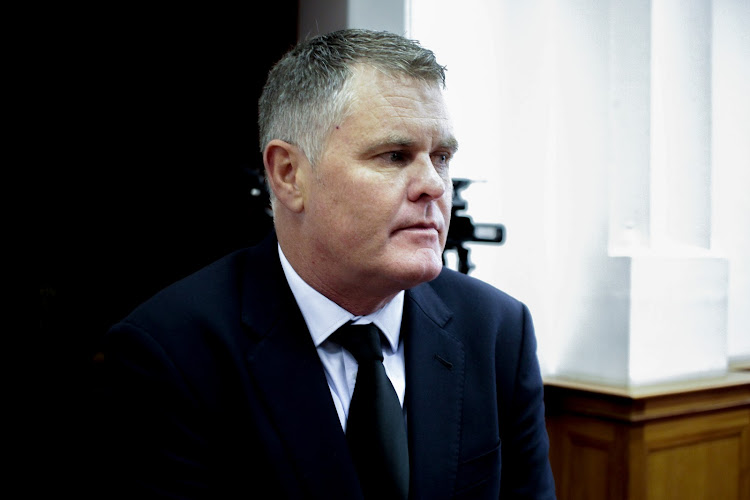 Murder-accused property mogul Jason Rohde closed the case for his defence on Monday.

Pathologist Professor Gert Saayman and Rohde's lawyer Daniel Witz were scheduled to testify to bolster the millionaire's version of events that led to the death of his wife Susan at an upmarket estate outside Cape Town in July 2016.

But his counsel Graham van der Spuy told the High Court in Cape Town: "In the circumstances‚ I have decided not to call any further witnesses. I close the case."

"Mr. Rohde‚ we have reached the end of the trial‚" said Salie-Hlophe. "I am sure your lawyer has explained to you what that means.”

Rohde and his wife were married for more than 20 years at the time of her death. They have three daughters.

Rohde is the former CEO of Lew Geffen/Sotheby’s International Realty. The state is convinced that he killed his wife at a company conference at Spier‚ near Stellenbosch. She was found dead with the cord of a hair iron around her neck behind a locked bathroom door.

Postmortem examinations have taken centre stage in the trial.

Based on its postmortem report‚ the state alleged Rohde had beaten Susan and dealt debilitating blows to her left chest area‚ causing several rib fractures‚ before smothering her with a pillow and faking her suicide by hanging.

Susan had insisted on attending the event as she was suspicious of Rohde after finding out five months earlier that he was having an affair with Cape Town estate agent Jolene Alterskye.

Brendan Miller‚ who heads the Atlantic Seaboard branch of Lew Geffen/Sotheby’s International Realty‚ said Sergeant Marlon Appolis asked for a glass of the R2‚300-a-bottle booze when he arrived at his Fresnaye home.

The estate agent‚ testifying for the defence‚ worked in the same office as Alterskye and said the detective wanted to take a statement about what he had witnessed at the company conference.

Experts clash on whether or not Susan Rohde died slowly

Stools and urine could be key to establishing whether property mogul Jason Rohde’s wife, Susan, was killed before she was hanged behind a locked ...
News
3 years ago