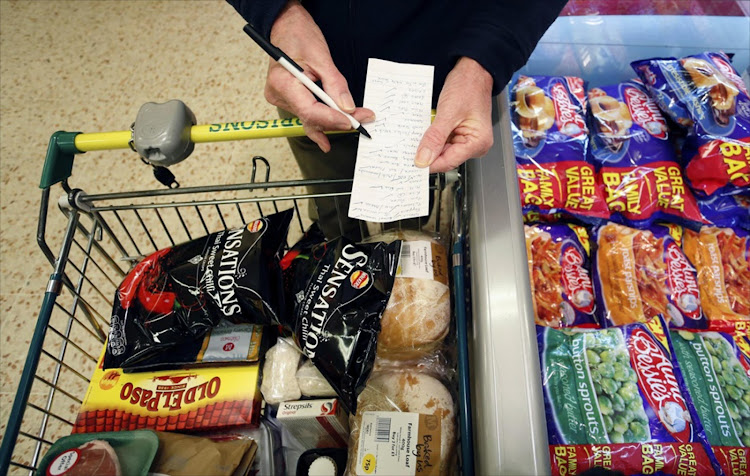 "We need to look beyond the VAT angle to see how we can make food more affordable‚" says Julie Smith.
Image: Getty images

Government should stop tinkering with zero-rating of the VAT system and rather focus its efforts on regulating food prices and increasing wages and social grants.

This is according to Julie Smith‚ founder of the Pietermaritzburg Economic Justice and Dignity Group‚ who says the food crisis is much bigger than simply tinkering around with zero-rating.

"Households don’t have enough money to put food on the table‚ which is leading to a massive health crisis. We need to look beyond the VAT angle to see how we can make food more affordable‚" said Smith.

She was responding to the release on Friday of a report on zero-rating additional items.

The report was prepared by a panel of experts led by Stellenbosch University professor Ingrid Woolard. It recommended that white bread‚ bread flour‚ cake flour‚ sanitary products‚ school uniforms and nappies be zero-rated from VAT in addition to the 19 items already zero-rated. The panel estimated that its recommended items would represent a loss to the fiscus of about R4bn in VAT revenue.

Households don’t have enough money to put food on the table‚ which is leading to a massive health crisis.

The panel was appointed to look into zero-rating additional items to mitigate the effect on the poor of the one percentage point increase in the VAT rate from 14% to 15%‚ which was announced in the budget and took effect from April 1.

The VAT increase has been strongly opposed by trade unionists‚ NGOs and community organisations as being a retrogressive measure that would have a negative impact on the poor.

Smith was sceptical of the whole endeavour of the panel because she did not believe its recommendations would make much difference to the poor. "We were not expecting any grand solution from this review panel. It might make it a little easier but it is not fundamentally going to change the affordability of foodstuffs‚" she said.

Zero-rated foods were not affordable for the poor‚ so it did not help much in just adding to the basket. Also the food purchases of poor and low-income households were not restricted to zero-rated foods. In fact‚ more was spent on foods that were charged VAT.

Nappies‚ sanitary products and school uniforms should be zero-rated for VAT‚ an independent panel has recommended.
Business Times
3 years ago

South Africans are cutting back on household cleaning items and making fewer grocery shopping trips in a bid to offset rising costs.
News
3 years ago

Smith said the priority investment that should be made in SA right now is to ensure that families could eat properly. "It is much easier and more efficient to put money in people's pockets and let them decide how best to spend it. We have to try to find ways to increase income or we have to decrease the cost of goods and services through regulation."

Professor Raymond Parsons from the North West University Business School said the panel's recommendations posed a wider challenge to the existing fiscal framework. "The acid test of any eventual decision on the panel's recommendations‚ given the present vulnerable state of SA's public finances on both the spending and revenue sides‚ will be its affordability‚” he said.

“Any potential weakening of the tax base through tax concessions‚ whatever their other merits‚ must therefore be handled with great caution. Above all‚ such decisions need to be consistent with the existing fiscal framework.

"The limited room to manoeuvre in these matters again emphasises why SA needs much higher growth and employment rates to create more fiscal space and reduce poverty‚" he added.

Parsons also raised the question of whether the panel's proposed VAT relief would significantly benefit poor households in present circumstances in SA or whether there might be better options to assist them.

He noted that the Katz Commission on tax reform and the more recent Davis Tax Committee had both resisted further concessions on zero-rated items and instead advocated stronger programs on the expenditure side of the budget to assist poorer households.

"A national food-stamp system‚ for example‚ such as successfully operates in the US‚ should be fully explored for SA to provide more targeted relief‚" suggested Parsons.

A question that needs to be posed is whether additional zero-rating of more products will benefit the poor or whether there should be other means to ...
Business Times
3 years ago

HILARY JOFFE: Fading Ramaphoria and a risk to ratings

With little more than two months to go to October's medium-term budget, the fiscal news is not looking good, raising the prospect that the ratings ...
Business Times
3 years ago

Despite government raising the Value Added Tax (VAT) from 14 percent to 15 percent in April this year‚ some foods - including oil‚ bread‚ fruit and ...
News
3 years ago