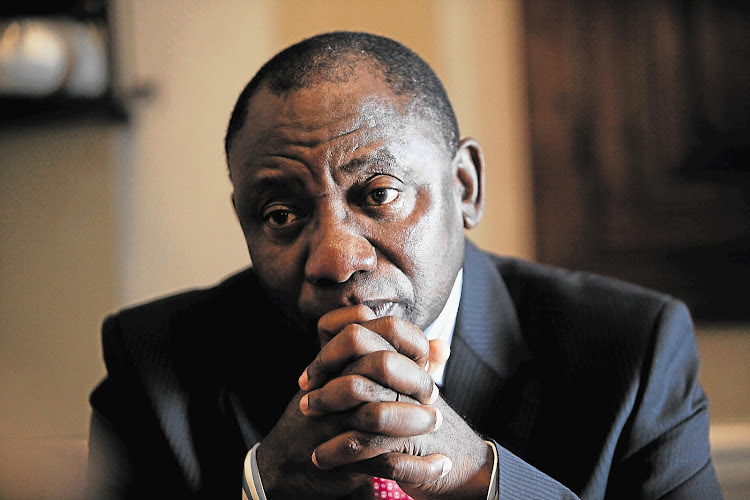 President Cyril Ramaphosa will on Tuesday announce who will act as National Director of Public Prosecutions.
Image: Supplied

President Cyril Ramaphosa will on Tuesday announce who will act as the National Director of Public Prosecutions‚ pending his appointment of a permanent prosecutions boss.

Presidency spokesperson Khusela Diko confirmed on Monday night that Ramaphosa would choose this acting NDPP from among the four advocates serving as national deputy directors of the NPA‚ including Nomgcobo Jiba. This was in accordance with the provisions of the NPA Act.

While Jiba is facing possible suspension pending an inquiry into her fitness to hold office‚ Diko did not want to dismiss her as a potential candidate.

“There is no finding that Advocate Jiba is not fit and proper‚ so it would not be appropriate for me to say that she won’t be considered‚” she said.

Under the NPA Act‚ Ramaphosa must appoint an acting NDPP in consultation with Justice Minister Michael Masutha.

He will have to decide between Jiba‚ Dr Silas Ramaite‚ Willie Hofmeyr and Nomvula Mokhatla for the acting post.

Diko acknowledged on Monday that the NPA was without a leader following the Constitutional Court’s ruling that the appointment of Advocate Shaun Abrahams as NDPP was invalid because his predecessor‚ Mxolisi Nxasana‚ was wrongfully removed from the post by former president Jacob Zuma. As a consequence‚ Ramaphosa faced pressure to ensure that an acting NDPP was appointed as soon as possible.

Ramaphosa has 90 days in which to appoint a permanent NDPP.

South Africa’s highest court ruled on August 13 2018 that Advocate Shaun Abrahams was not validly appointed to lead the National Prosecuting Authority (NPA) because he had benefited from former President Jacob Zuma’s abuse of power. Justice Mbuyiseli Madlanga, writing on behalf of the Constitutional Court’s majority, found that Zuma had used a R17,3 million “golden handshake” to get rid of former NPA head Mxolisi Nxasana.

Civil rights organisations have welcomed a Constitutional Court judgment which found the appointment of Shaun Abrahams as the country’s National ...
News
3 years ago

The Presidency on Monday said it had noted a judgment by the Constitutional Court which declared as invalid the appointment of Shaun Abrahams as ...
Politics
3 years ago