Police arrest five of their own for cash-in-transit heists 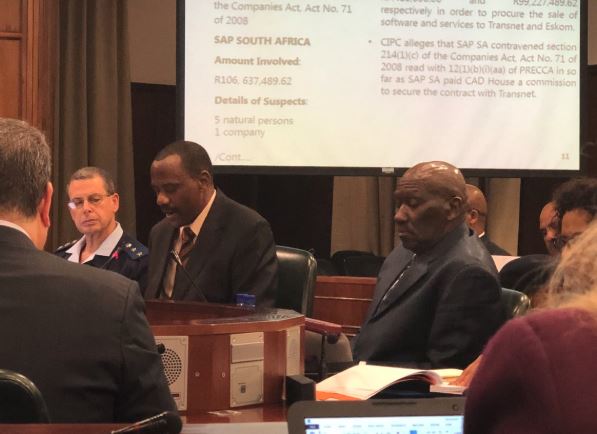 Hawks turn up the heat on high profile cases at the police briefing.
Image: SA Gov News via Twitter

Cele revealed this on Wednesday during a meeting with Parliament's police portfolio committee which was called to discuss the turnaround strategy of the Directorate of Priority Crime Investigation‚ commonly known as the Hawks‚ on high profile cases.

Cele told MPs that there was an increasing element of foreign nationals involved in cash-in-transit heists‚ who appeared to be supplying blasting materials used in the robberies.

"There's quite a foreign element on cash heists‚ especially the blasters seem to be coming from Botswana…element of Zimbabweans that are there‚" he said.

"There's an element of our own guys that are there‚ the police. We arrested in last 24 hours five police officers‚ who we'll work on this when we find it. I always say one painful thing it is to announce the arrest of a police officer‚ but it needs to be done if it needs to happen."

The police minister said criminals were so brazen that they went around boasting about "buying everybody".

"They say they buy from the police to the correctional officers….it's not proven chairperson. They say they buy prosecutors‚ magistrates‚ judges. It's a question of crime (syndicates) running a parallel government."

Four men were arrested in Tzaneen‚ Limpopo‚ on Thursday after police foiled an alleged cash-in transit heist.
News
2 years ago

10 cops in court on torture charges after R14-million robbery

Ten members of the police’s former North West Organised Crime Unit will appear in the Johannesburg Regional Court on Tuesday for allegedly torturing ...
News
3 years ago

'Bibi' Cenenda arrest 'will end it all', say cops as hunt narrows
News
3 years ago

Cops in court over alleged bribe for gun licence

Two Cape Town police officers alleged to have received a bribe in return for a firearm licence appeared briefly in the Blue Downs Magistrates Court ...
News
3 years ago