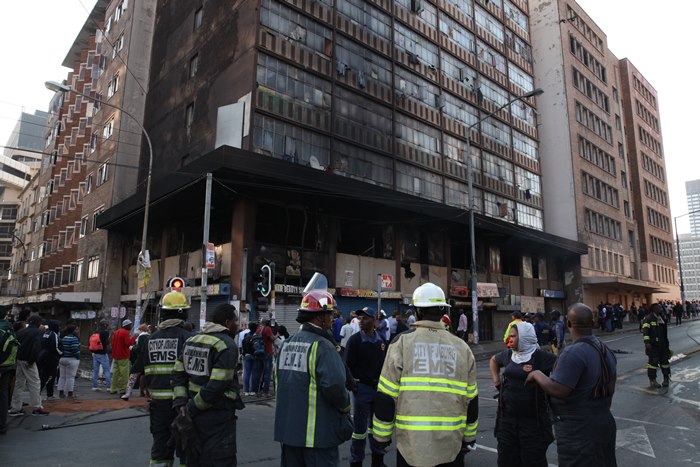 Fire fighters seen having a chat after containing the fire that tore through a building in Johannesburg's city center on August 10 2018
Image: Thapelo Morebudi.

When firefighters arrived at a burning Johannesburg CBD building‚ they were confronted by residents who wanted to jump onto the street below to save themselves from the blaze.

The fire broke out in a residential building near Park Station at about 2pm on Thursday.

But‚ Johannesburg Emergency Management Services spokesperson Nana Radebe said‚ the firefighters were able to talk them down. Ultimately‚ nobody jumped.

Radebe said that emergency services were alerted to the structural fire at around 2pm. They were first able to contain the fire to the first floor before extinguishing it within two-and-a-half-hours of the fire starting. 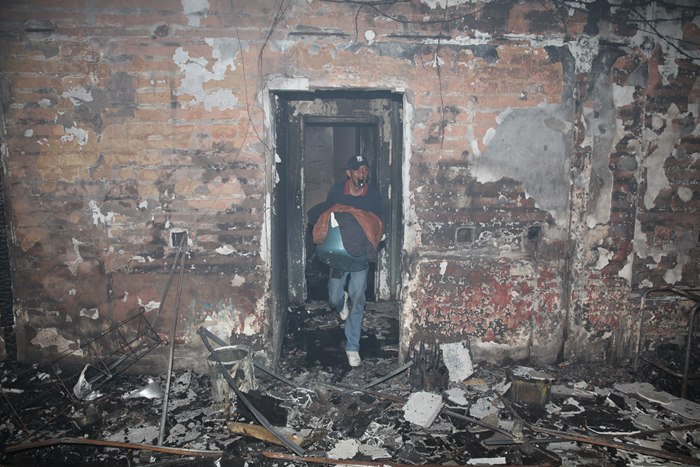 Tenants of a burning building on Pritchard street trying to salvage what remains of their belongings following the fire that tore through almost every thing on the first floor of the building on August 16 2018
Image: Thapelo Morebudi

Radebe said nobody was injured‚ but a baby was treated on scene for smoke inhalation before being taken to hospital for further treatment.

One resident‚ who didn’t want to be named‚ said she was asleep with her 6-month-old baby when the fire started.

The 41-year-old said: “I heard some abnormal noise and people screaming‚ ‘Fire! Fire!’ I didn't know what to do other than running away with my baby. I was really scared.”

She dashed to the rooftop to escape to a neighbouring building.

Police spokesperson Xoli Mbhele said they do not suspect foul play. The cause of the fire remains unknown.

A residential building near Johannesburg’s Park Station was on fire on Thursday afternoon‚ with some reporting that people were trapped inside the ...
News
3 years ago

A firefighter has been killed battling the largest wildfire in Californian history that has been stoked by prime fire weather conditions as it has ...
News
3 years ago