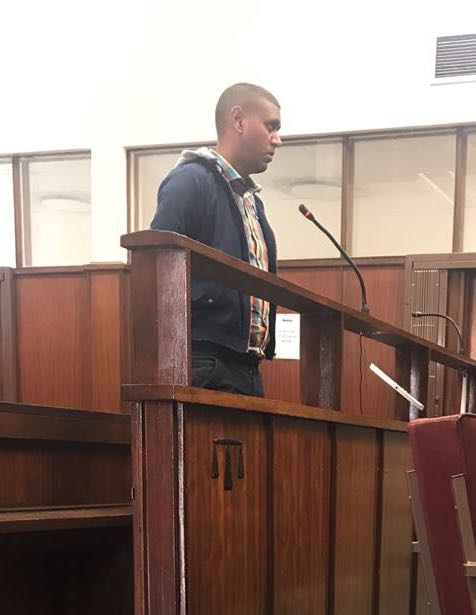 Constable Mohamed Zaine, of the Sydenham police station, made a brief appearance in the Durban Magistrate’s court on Thursday
Image: JEFF WICKS

A policeman accused of trying to extort R10‚000 to make a fraud case “disappear” has been released on R5‚000 bail.

The court heard that the 29-year-old faces charges of corruption and intends to tender a not guilty plea.

“We arrested a constable for corruption after he demanded R10‚000 to make a fraud case go away. He was arrested after collecting money from a man in an entrapment operation‚” he said.

Dlamini said that the man‚ who had raised the alarm with Ipid‚ had been under investigation for fraud but the case was eventually withdrawn due to a lack of evidence.

“The policeman threatened to resuscitate the case and demanded the bribe in return for making the case disappear permanently‚” he said.

One of his bail conditions is that he refrain from making any direct or indirect contact with the person who reported the matter to Ipid. Zaine will appear in court again on October 4.

A Sydenham policeman who allegedly demanded R10‚000 to “make a fraud case go away” is expected to appear in the Durban Magistrate’s Court on Thursday.
News
2 years ago

Police arrest five of their own for cash-in-transit heists

10 cops in court on torture charges after R14-million robbery

Ten members of the police’s former North West Organised Crime Unit will appear in the Johannesburg Regional Court on Tuesday for allegedly torturing ...
News
2 years ago