Brace yourself‚ it’s going to snow 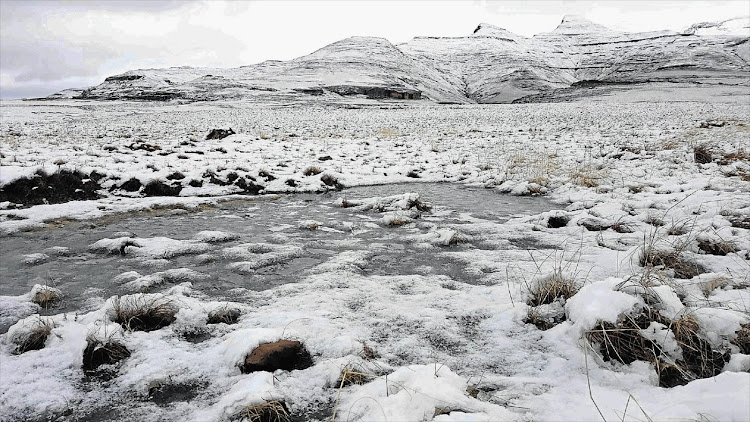 The Snow Report’s Rob Ansell said light snow is likely to fall over Barkly East and Rhodes in the Eastern Cape on August 17 2018
Image: SNOWREPORTSA

Prepare for a chilly weekend because snow is likely to fall over parts of KwaZulu-Natal and Eastern Cape.

The cold front approaching the Western Cape is likely to also affect Lesotho on Friday and Saturday‚ according to the Snow Report.

The Snow Report’s Rob Ansell said light snow is likely to fall over Barkly East and Rhodes in the Eastern Cape on Friday.

He said snow over the high central‚ northern and southern Drakensberg” was possible on Friday afternoon and was expected to intensify during the night.

Up to 40cm of snow on the Drakensberg’s peaks is expected.

“At the same time‚ we are seeing potential flurries and maybe even settling snow in the KwaZulu-Natal Midlands‚” said Ansell.

“Towns like Underberg‚ Himeville and Matatiele could also see some snow again through Friday night and into the early hours of Saturday morning.”

“There is also a chance of snow extending over the Van Reenen area and out towards Newcastle during the early hours of Saturday morning. But snow in these areas - if it happens - is likely to be confined to the extreme high ground at this stage.”

Rain possible for Gauteng this weekend after icy cold snap

More cold air and increasing clouds are gathering in Gauteng from Friday‚ with a chance of rain even forecast towards the end of the weekend.
News
3 years ago

Brr‚ wild weather sets in across parts of South Africa

While Johannesburgers woke to a misty‚ cool morning‚ it is the Free State and Eastern Cape where the South African Weather Service is forecasting ...
News
3 years ago