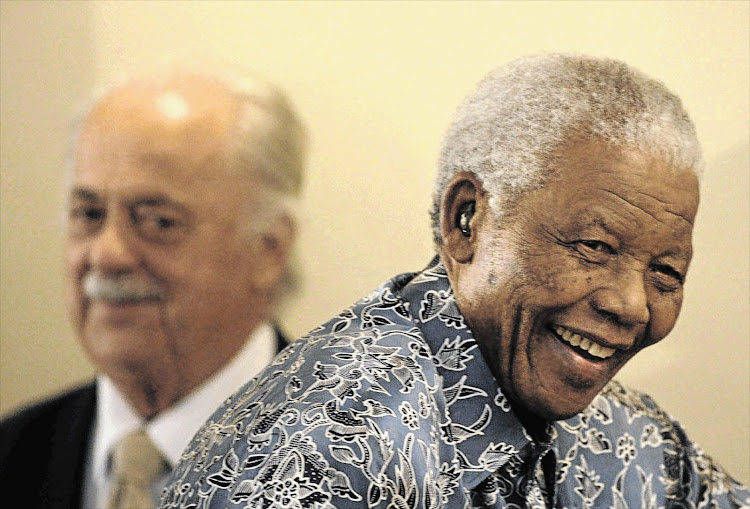 People must desist from calling Nelson Mandela a sellout.

This was said on Tuesday by George Bizos‚ the former lawyer of the late global icon‚ during the celebration of late anti-apartheid activist Ahmed Kathrada's 89th birthday at the Johannesburg Muslim School in Fordsburg. Bizos called on all South Africans to espouse the values of non-racialism as enshrined in the Constitution that Mandela and the likes of Kathrada had fought for.

"South Africa belongs to all who live in it and we must all support it. Neither you nor I are lesser South African. This small group is out of order."

The apartheid government had fears that South Africa would erupt in “unrest” if former president Nelson Mandela died in prison.
News
3 years ago

Bizos’ sentiments were echoed by Essop Pahad, who said those seeking to sow divisions in the country along racial lines such as the EFF must be rejected.

Said Pahad: "There are people who talk nonsense and truth is there are always people who have not always liked the ANC and Mandela. The PAC formed in 1959 because they believed Mandela was a sellout so we should not get excited over it.

"The EFF is the latest with these utterances and they speak for 6% of the population but you media give them publicity despite their divisive politics. I can tell you now they would be very lucky to get 12 percent of the vote in next year's elections."

US intelligence agencies continue to monitor Nelson Mandela as a potential Communist menace even after he was released from prison.
News
3 years ago

'ANC hides its failures behind Mandela'

The ANC uses Mandela to win elections and absolve them of their failures. This is the view of author Sizwe Mpofu-Walsh.
Politics
3 years ago

Mandela's voice of freedom rings out again in Cape Town

In a moment that was both eerie and nostalgic‚ Nelson Mandela spoke from the balcony of the City Hall in Cape Town on Tuesday.
Politics
3 years ago