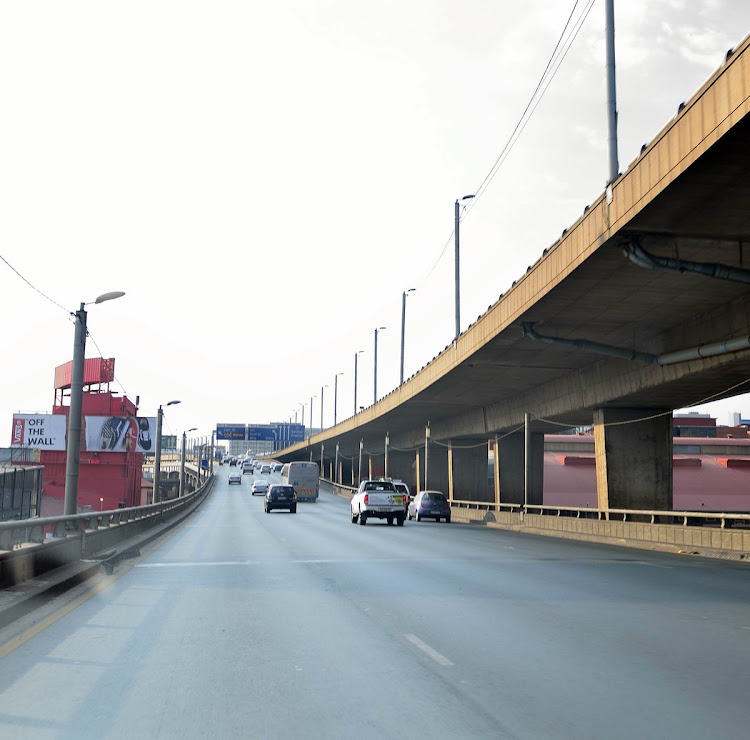 The M1 highway over Oxford and Federation bridges were being rehabilitated by JRA.
Image: City of Johannesburg via Twitter

Nine out of 10 Joburg bridges are in bad condition and there’s no money to fix them.

The Johannesburg Roads Agency (JRA) said of the 902 bridges managed by the City, only 6% are in good condition.

Do we have the money to address this backlog? I’m afraid not‚ so we have a crisis in our city."

Of particular concern are the bridges on the M2.

Mashaba told the media the bridges are near the end of their design lifespan and require urgent reconstruction and rehabilitation.

The Citizen quoted the mayor as saying‚ “As an immediate measure‚ the JRA is preparing to redirect limited funding from other projects‚ at a cost of approximately R58-million‚ to start working on the bridge‚ as a matter of urgency.”

Italy's Finance Police on August 20 2018 released CCTV images of the moment a motorway bridge collapsed in the northern port city of Genoa.

CCTV footage has been released showing the shocking moment of the fatal bridge collapse in Italy last week.
News
3 years ago

Here’s how much your car costs have increased

The average cost of motoring has increased by just over 30% in five years‚ due partly to increases in the petrol price.
News
3 years ago

Fuel must drop below R10 a litre‚ say fuel protesters

People Against Petrol Price Increase (Pappi) national convenor Visvin Reddy has urged supporters not to vote for political parties who do not fight ...
News
3 years ago

Most fatal road accidents in South Africa happen on weekends between 4pm and 10pm.
News
3 years ago

Businesses and motorists who will be directly affected by the closure of a section of Malibongwe Drive in Johannesburg are devastated by the plan‚ ...
Business Times
3 years ago

The Southern Africa Litigation Centre (SALC) has raised an objection to the exclusion of undocumented migrants from all of the benefits of the ...
News
3 years ago