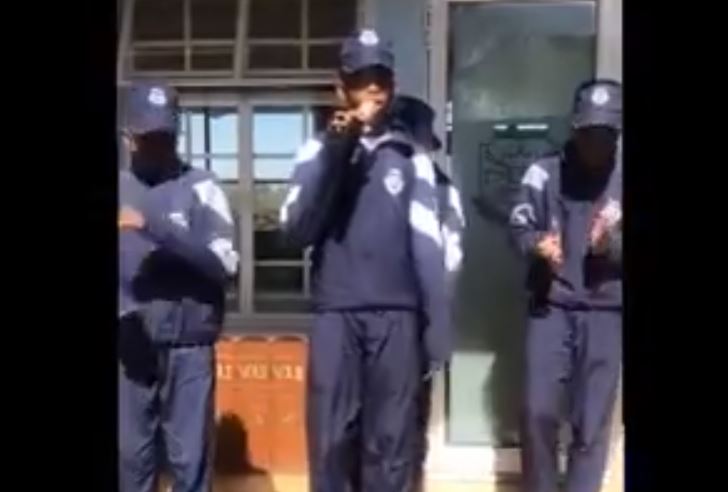 When Buccleuch Primary School pupil Mihle Mbilase broke out into a rap he composed to comfort three classmates who had lost their father‚ there were tears all around.

"I felt I needed to cheer up my friends and other kids‚ who do not spend time with their fathers‚ so I composed a song called Dad's Plan‚" the 13-year-old said.

His classmates‚ triplets Phefeni‚ Philani and Phoki Ngwenya‚ who are mentioned in the song‚ lost their father in April.

"When they heard it‚ they started to cry. The teachers also cried. But my friends were touched by what I had done‚" Mihle said.

Find out more on @TimesLIVE why this schoolboy's rap earned him an accolade. @yasantha pic.twitter.com/ACWaLB89aC

Charlotte Struwig‚ who was the Woodmead‚ Johannesburg school's principal at the time‚ said Mihle was nominated as the "Truper" for July as he wrote and rapped the amazing song to the pupils at line-up just before Father’s Day.

"A number of his peers have lost their fathers this year and the song was very special‚ especially to the triplets in his grade who had lost their dad. The thought and the words to the song were very touching and appreciated by the children‚" she said.

His teachers nominated him to be a "Truper"‚ a Toys R Us ambassador‚ an award to pupils who "go above and beyond their daily routines to carry out good deeds and serve as positive role models to their peers".

"I was very surprised to be nominated. I feel honoured‚ excited and very happy because [no one else] got nominated in the whole school‚" Mihle said.

Toys R Us spokesperson Nicole Annells explained that the campaign rewarded children from participating schools in Durban‚ Gauteng and Western Cape for simply displaying good etiquette. “Mihle’s effort has certainly touched our hearts and it is always so pleasing to see children demonstrate wonderful acts of kindness‚” said Annells.