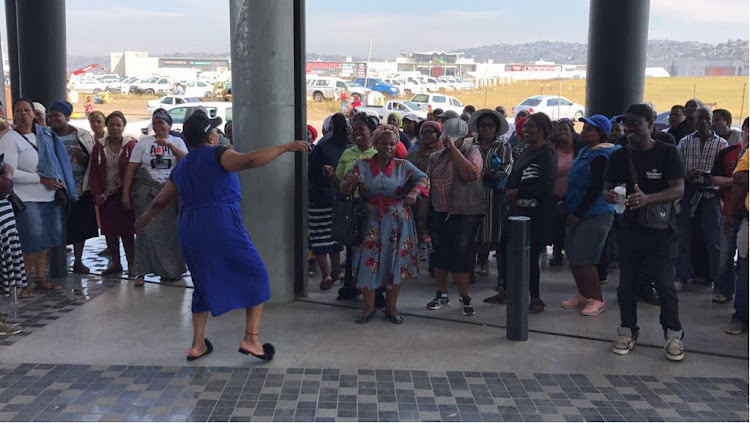 Protesters outside the Ntuzuma Court in Durban on August 20, 2018 where Norba's Mandla Sibiya and Mlungisi Mncube made their first appearance.
Image: JACKIE CLAUSEN

Two men implicated in the torching of foreign-national owned shops are expected to appear in the Ntuzuma Magistrate's court for a bail application on Monday.

North Region Business Association chairman Mandla Sibiya and the organisation's secretary general Mlungisi Mncube‚ were arrested two weeks ago after the looting and torching of two spaza shops in Inanda‚ north of Durban.

They made their first appearance in court on August 20.

Members of Norba and the Inanda community had come out in full support of Sibiya and Mncube. The group said the men were innocent and that government's inaction in dealing with their concerns about foreign nationals operating illegally was to blame for the tensions.

The two men are facing charges of public violence and arson.

Business leaders in the Inanda‚ Ntuzuma‚ and KwaMashu area have blamed the government for the recent outbreak of violence that targeted shops owned ...
News
2 years ago

A crowd of protesters gathered outside the Ntuzuma Magistrate's Court near Durban on Monday in support of two men who were arrested on Friday in ...
News
2 years ago
Next Article