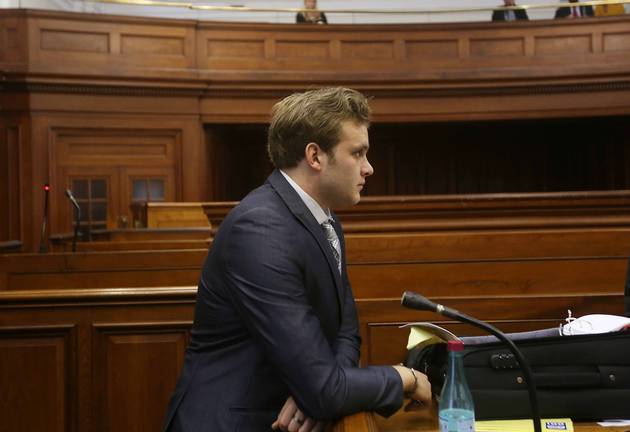 It is a week since Henri van Breda‚ convicted of the brutal slaying of his parents and brother with an axe in 2015‚ heard that his application for leave to appeal both his conviction and sentence was turned down by the High Court in Cape Town.

Now his sister’s future is under discussion as her curator‚ advocate Louise Buitman SC‚ submitted a report on Monday with regard to Marli’s future care arrangements.

Marli was 16 years old when the attacks happened and turns 20 this year.

A report was scheduled to be heard in chambers in the High Court in Cape Town on June 11‚ but it was postponed to July 31 and again to August 27.

Buikman told TimesLIVE on Monday: “The matter is before Judge Henney and is standing down until Friday August 31 to allow the trustees who are parties to the application to consider my report. The report and the court file remain confidential and will not be disclosed to the media.”

'The evidence fits together like a mosaic': Judge holds out little hope for Van Breda appeal bid

The faint scars on Henri van Breda’s body came back to haunt him in the High Court in Cape Town on Tuesday — as did the moment he went downstairs to ...
News
3 years ago

Ahead of sentencing earlier this year state prosecutor Susan Galloway had summarised the hardships faced by Marli and said that media attention was only "one small part" of what the survivor faced.

"She was a vulnerable school girl who now has to grow up alone‚ knowing that her brother killed her parents and sibling. She has lost her family‚ home‚ and everything else‚ and nothing will ever be the same again for her‚" said Galloway.

Marli‚ in a further bid to protect her privacy‚ declined to give a victim impact statement to Galloway ahead of her brother being sentenced.

Buikman was appointed as Marli's curator by the court three years ago‚ after the murders‚ and this was extended in October 2016‚ even though by then she had turned 18.

Until a final decision is made‚ the existing terms still apply and stipulate that Buikman is the only person with whom the media can liaise with when it comes to Marli. It was also stated that the media shall "exercise exceptional care and consideration when reporting about Marli".

Marli van Breda‚ whose brother Henri received three life sentences for an attempt on her life and the brutal murder of their parents and brother, ...
News
4 years ago

Marli van Breda survived the gruesome events that unfolded at the luxury De Zalze estate home in Stellenbosch. Over the course of the trial‚ details emerged from forensic pathologists that it was clear she had mounted a major battle against her attacker.

By the time emergency services arrived‚ she was found unconscious and bleeding at the top of a staircase‚ with the bodies of her deceased parents and brother lying close by.

Having witnessed such horror‚ and having had major blows to her head that caused a traumatic brain injury‚ she was left with retrograde amnesia and could not recall how it had all unfolded.

Henri van Breda received three life sentences for the murders plus 15 years for the attempt on his sister’s life.

Last week‚ when his application for leave to appeal was turned down‚ his advocate Piet Botha said that he had been instructed by Henri to petition the case directly with the Supreme Court of Appeal and would do so within the stipulated 15 days.

If the High Court in Cape Town was a circus when Henri van Breda was convicted in May‚ on Thursday it was a veritable carnival on steroids.
News
4 years ago