Rhino poacher on the run – exactly nine years after the crime 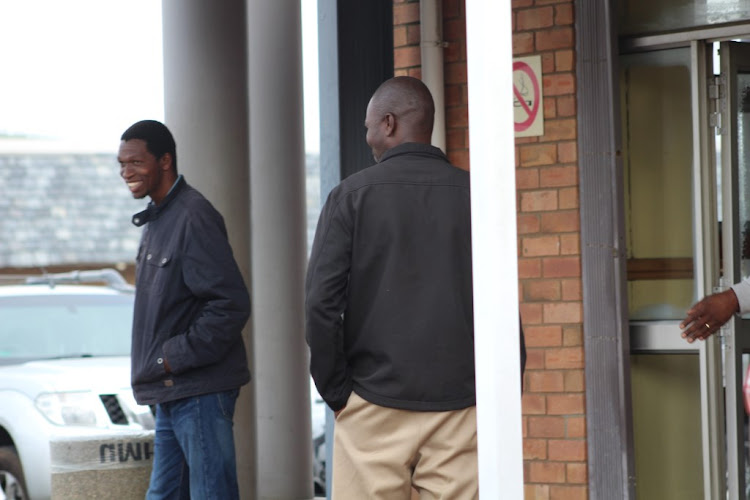 Alleged rhino poacher Muntogokwakhe Khoza turns his back to avoid being photographed while leaving the Richards Bay Magistrates Court earlier this month. Pictured with him is co-accused Ayanda Buthelezi.
Image: Tony Carnie

A Richards Bay magistrate has issued a warrant for the arrest of alleged rhino poacher Muntugokwakhe Khoza, exactly nine years after he was apparently nabbed red-handed near the scene of a rhino killing in the Hluhluwe-Imfolozi Park.

Khoza, 49, has already been tried, convicted and sentenced to six years in jail for a separate case of rhino poaching in the Vryheid area – a crime for which he has already served his sentence.

The Vryheid crime was committed while Khoza was out on bail for the Hluhluwe case, in which he is charged with killing a white rhino in the on August 26, 2009.

Still out on bail, he was due to appear in the Richards Bay Regional Court on Monday before magistrate Logan Naidoo, but was not present when the case was called.

This was confirmed by senior State advocate Yuri Gangai, who is prosecuting the case against Khoza and two other suspects, Mduduzi Xulu, 50, and Ayanda Buthelezi, 39.

A fourth suspect in the case, Sifiso Ngema, absconded earlier during the trial and cannot be traced. 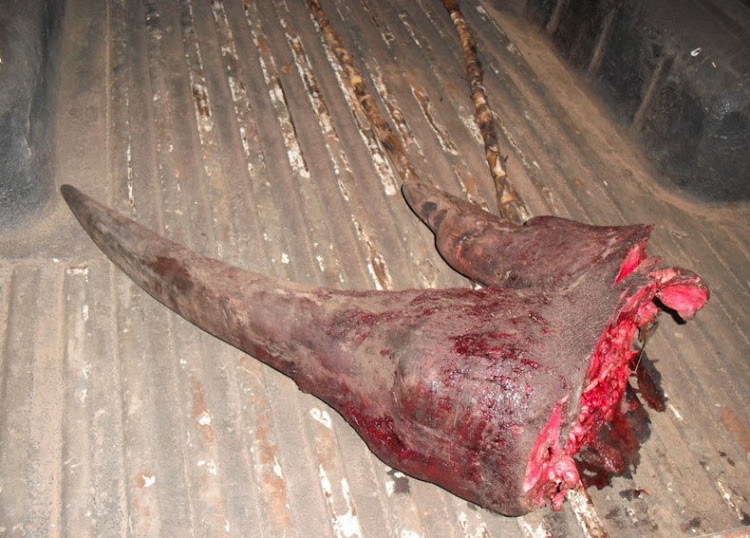 The two horns allegedly found on the back of a bakkie that was stopped at a roadblock soon after a white rhino was poached in the Hluhluwe-Imfolozi Park nine years ago.
Image: Supplied

Meanwhile, with almost a decade passing since the crime was committed, the investigating officer has emigrated to Australia, the arresting officer has moved to Malawi and some of the remaining State witnesses have disappeared or are too ill to testify.

Earlier this month, former Ezemvelo KZN Wildlife officer Lawrence Munro – now living in Malawi - was scheduled to give further evidence against Khoza. But shortly after embarking on a 2,500km journey to South Africa to testify, Munro was left stranded at Lilongwe airport – apparently due to an airline booking botch-up by Department of Justice officials.

The nine-year old trial has been characterised by a series of delays in which the alleged poachers have changed attorneys several times, prolonging the trial as new attorneys have to briefed and court hearings re-scheduled.

According to the State, Khoza and his accomplices were arrested in a bakkie a short distance from Hluhluwe-Imfolozi reserve in August 2009, along with a .303 rifle and two freshly-severed rhino horns that were later linked to a butchered rhino carcass via DNA samples and expert forensics evidence.

The trial has now been postponed until September 26.

Should Khoza be re-arrested and convicted as a second offender, he is expected to face a lengthy jail term.