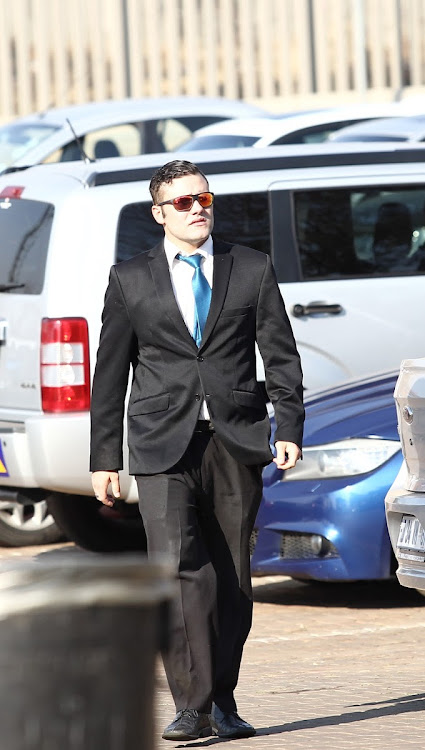 The mother of sex pest accused Collan Rex is battling to deal with her son’s alleged crimes and has opted to stay at home instead of supporting him in court.

Rex, the former assistant water polo coach at Parktown Boys' High School, pleaded guilty last week to 144 counts of sexual assault against 12 of the 23 boys who are complainants in the sex scandal that has rocked the school.

He has pleaded not guilty to a further 183 counts, which include one of rape, 110  of attempted murder, 55 of sexual assault, seven of exposure of pornography to a child, two of sexual grooming, and eight of assault.

The case was postponed to Monday.

A family friend said on Sunday that Rex’s  mother would “eventually” attend, but: “I think she also doesn’t know how to handle the whole thing because he’s a grown man and she can’t tell him what to do. But she is taking this whole thing very badly.”

The friend said family members were also not open to discussing the case among themselves.

“Most of the family have seen it in the newspapers but no one talks about it.”