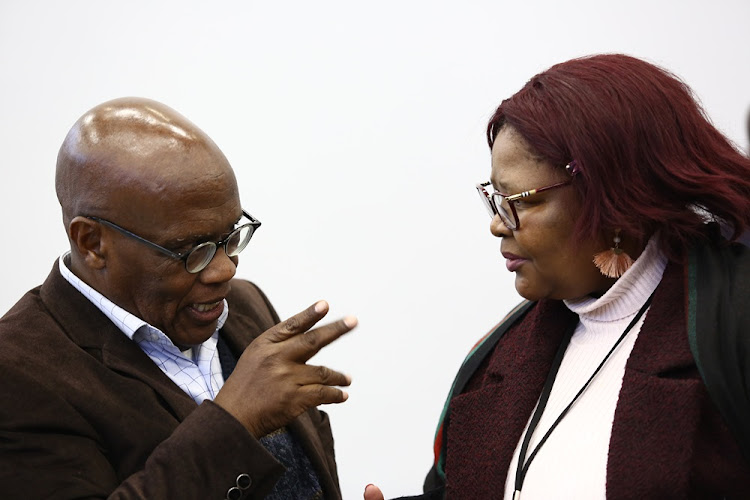 She claimed she agreed to do so‚ in the hope that it would result in her case actually being investigated.

According to Mentor‚ Hawks official Alois Mtolo told her “that the matter is not going to proceed unless I remove President Zuma from my statement”.

She said he previously told her “that I have complained about President Zuma and I have tied their hands”.

“He had problems with where I said there is a corrupt relationship between the Guptas‚ the president and his son.”

The Zondo Inquiry into state capture was provided with a copy of Mentor’s typed statement‚ which showed that Zuma’s name had been “struck through”.

He said Mnonopi wanted him to sign a statement confirming that he had nothing to say about these allegations.

Both Mnonopi and Mtolo have applied to cross-examine Jonas and Mentor about their testimony. Zondo has requested that they provide him with a more detailed account of their side of their story.

Vytjie Mentor: Jacob Zuma tried to calm me down after Gupta offer

Former ANC MP Vytjie Mentor says Jacob Zuma constantly tried to calm her down after Ajay Gupta had offered her a ministerial job.
News
3 years ago

Former ANC MP Vytjie Mentor detailed how members of the controversial Gupta family allegedly tried to capture her allegiance in exchange for a ...
News
3 years ago