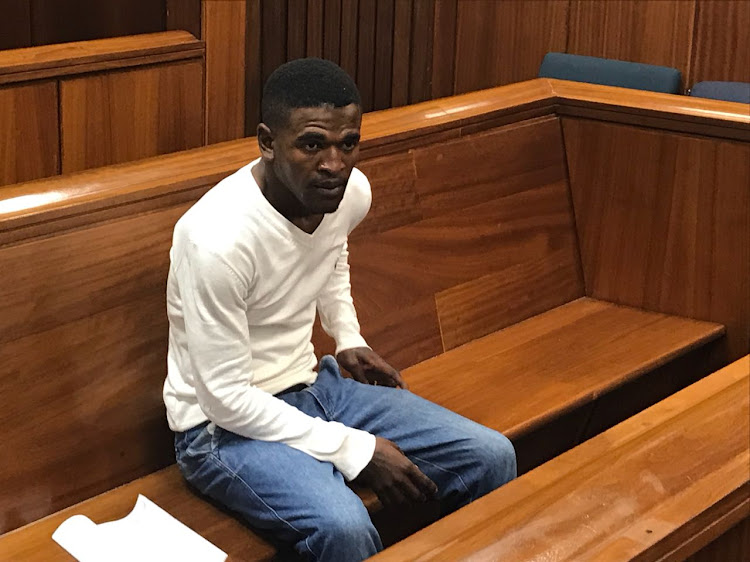 Kwanele Jack Kilana has been found guilty of the rape of a Nelson Mandela University student on campus.
Image: Devon Koen

The 29-year-old Zwide man with 12 charges against him‚ including the rape of a Nelson Mandela University (NMU) student on campus last October‚ has been found guilty on 11 of the charges.

Earlier in the week Kwanele Jack Kilana pleaded guilty to seven charges‚ including the NMU rape and the rape of a 27-year-old woman near Greenacres Village in Port Elizabeth in July last year.

Testimony of two of his victims and CCTV footage from the NMU fashion design computer labs captured on the night of October 2 2017‚ when Kilana raped the two female students‚ sealed his fate.

Handing down judgment‚ Judge Dayalin Chetty said Kilana’s denial on his other charges was merely “an avenue of escape”.

A man has pleaded guilty to raping a student and sexually assaulting her friend in a computer laboratory at Nelson Mandela University (NMU) in Port ...
News
3 years ago

A Nelson Mandela University student leader has apologised for a comment he made about sexual frustration leading to rape‚ saying it was taken out of ...
News
3 years ago