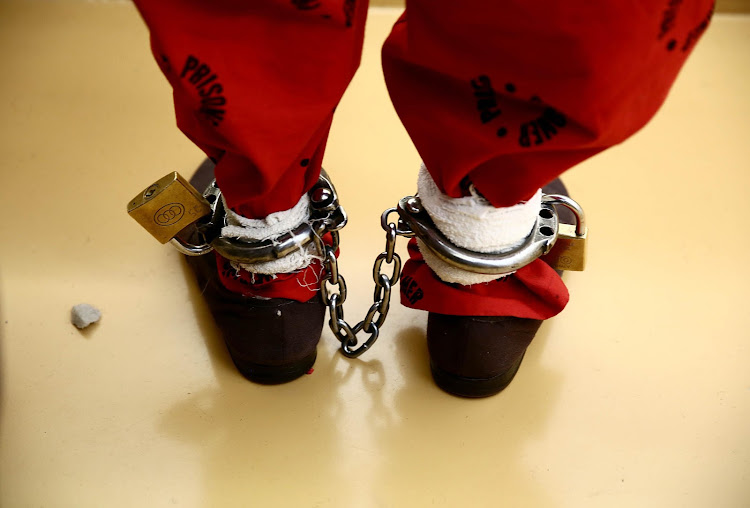 While awaiting trial for murdering a metro policeman‚ a Cape Town gangster killed a rival gangster in a prison fight.

Christopher Jantjies pleaded guilty to being part of the 26s prison gang when he murdered Xolisilile Manjeni‚ a member of the 28s‚ by hitting him repeatedly with a steel table in Goodwood prison.

He was sentenced to 12 years in jail in the Parow regional court on Wednesday. Magistrate Richard Sikhwivhilu said the sentence would run concurrently with the life sentence Jantjies was given for murdering metro cop Ben Koopman.

Jantjies testified in his plea agreement that the 26s and 28s were involved in “prison gang-related fights concerning drugs and assaulting opposing gang members”.

Last June‚ his gang and the 28s fought in Goodwood prison. "I went for the deceased. My intention was to kill any member of the 28 gang in retaliation to their attack on members of my gang‚” he said.

Police have arrested seven suspects following three separate shooting incidents between rival gangs at the River View Flats in Worcester in the ...
News
3 years ago

A man believed to be the brother of alleged gangster Ashley Fields was shot in the head in Cape Town on Thursday.
News
3 years ago

He said he caught up with Manjeni and hit him until he fell to the ground. “I picked up a steel table in the room and while the deceased was lying on the ground I started to hit him several times with the steel table on his chest and head. I thereafter left him‚” he said.

He also admitted to being part of the 26s‚ for which he was given another 12-year sentence.

Earlier this year‚ Jantjies was found guilty of murdering Koopman in February 2016 outside his house in Eerste River. At the time he was a member of the Dixie Boys gang.

Koopman went home for lunch on the day of his murder and Jantjies and another man shot him in front of his son as he was leaving to return to work. He was wearing metro police uniform and driving a marked car.

Jantjies then stole Koopman’s service pistol and said‚ “Ek het gese ek gaan jou kry” (I told you I will find you). The incident was captured by CCTV cameras.

Koopman’s son‚ Quilen‚ had to be taken into witness protection after the leader of the Dixie Boys in Eerste River started visiting his school and enquiring whether he saw who killed his father.

The Koopmans’ neighbour‚ Danwill de Klerk‚ and his family were also placed in witness protection after they agreed to testify in the case.

A man implicated in an extortion syndicate in Cape Town was shot five times in an apparent hit in Belhar‚ Cape Town.
News
3 years ago