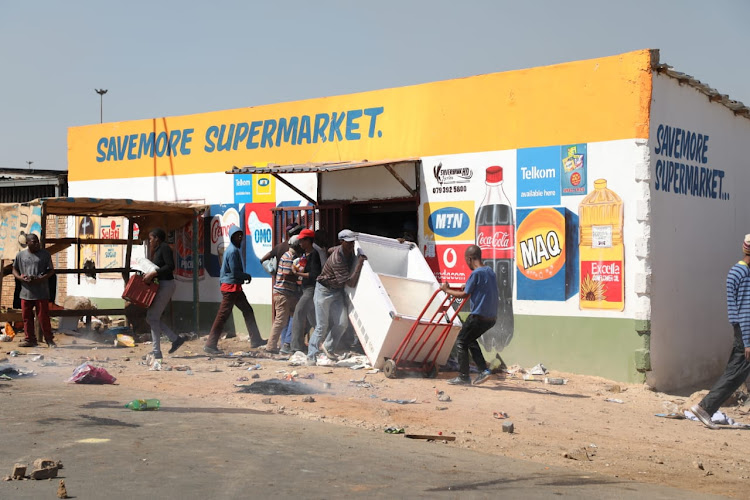 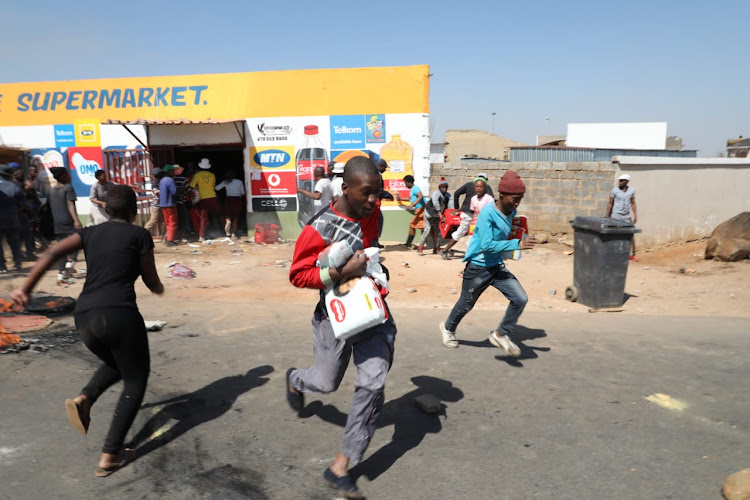 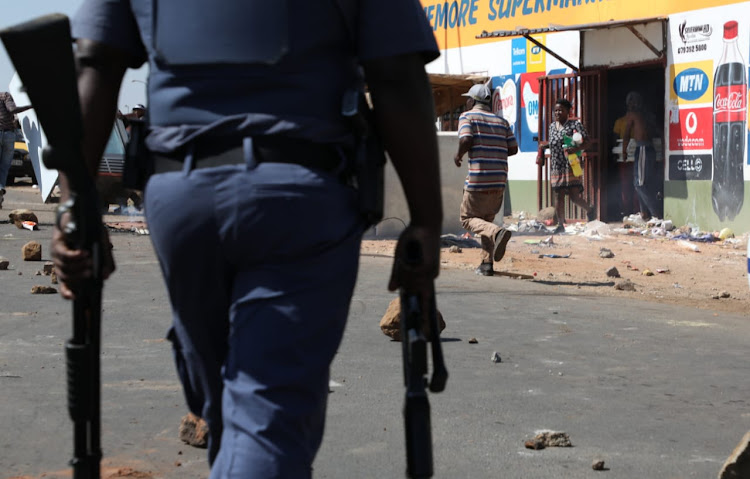 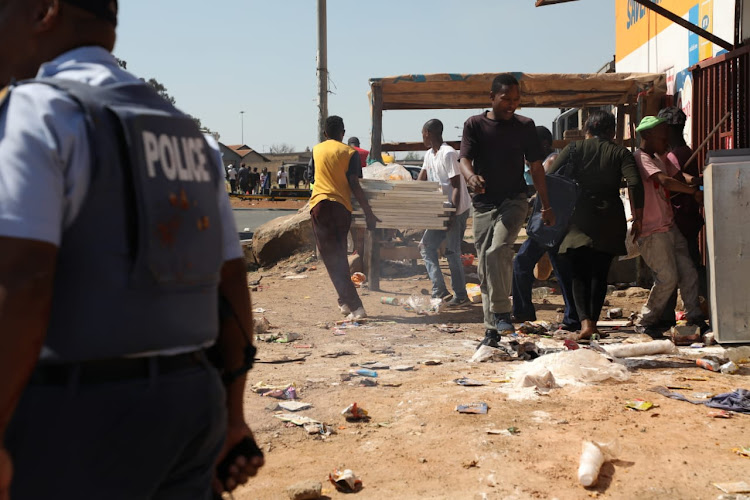 A 23-year-old man was killed after community members from White City in Soweto on Wednesday went on the rampage‚ looting foreign-owned shops amid allegations that they sold expired food and items with counterfeit labels.

In a bid to protect his shop‚ a shop owner was alleged to have opened fire‚ killing one person – identified to TimesLIVE as Banele Qhayiso.

The victim was not one of the looters but a paying customer‚ said his brother‚ Mandlekosi Qhayiso.

“He left the house (this morning) saying he was going to buy bread and snuff. While he was there‚ the community members came in‚ wanting to do this thing of theirs of looting but‚ unfortunately‚ Banele was inside. The next thing‚ a shot was fired and moments later‚ I was called to the scene and told that Banele had been shot‚” the elder brother said.

“When I got there‚ Banele was lying by the gate of some house... He was still alive but he could no longer speak‚” said Mandlekosi. “He died in my arms.”

Dressed in a black shirt and jeans‚ clutching a piece of an old red cloth he used as a handkerchief‚ Mandlekosi broke down as he spoke about the bright future his brother had ahead of him.

Seemingly in disbelief‚ the young man choked on his words as he tried to hold back the tears‚ saying he could not believe that the youngest of his siblings had been killed.

Banele was the last of five. Their parents are deceased.

“He was going to graduate on September 19‚” Mandlekosi said. “He had been studying mechanical engineering (at Rosebank College). He was the only one who was educated here.”

Looting erupted outside a foreign-owned spaza shop in Soweto on Wednesday afternoon after the owner of the shop was alleged to have shot dead a local ...
News
2 years ago

Hours after Banele was shot dead‚ community members were still outside the store in White City. They continued to empty the shop.

The crowds made off with bags of mealie meal‚ flour‚ cold drinks‚ nappies‚ sugar and even the fridges and shelves which had been inside the shop.

“We are doing this for Banele! They came here to kill our children. They must go‚” one community member shouted‚ carrying plastic bags full of goods.

Mandlekosi‚ however‚ rejected the crowd’s declaration of looting in Banele’s name.

“I am angry with them because this whole thing with the Pakistani people doesn’t make sense to me. What they did... I lost my brother because of a senseless community act‚” Mandlenkosi added.

“They shouldn’t say they are doing this for us. There is nothing of theirs here. There is not even a single one of them here‚ even to come and show their support. They are doing all of this for themselves. I lost my brother because of them‚” he said. 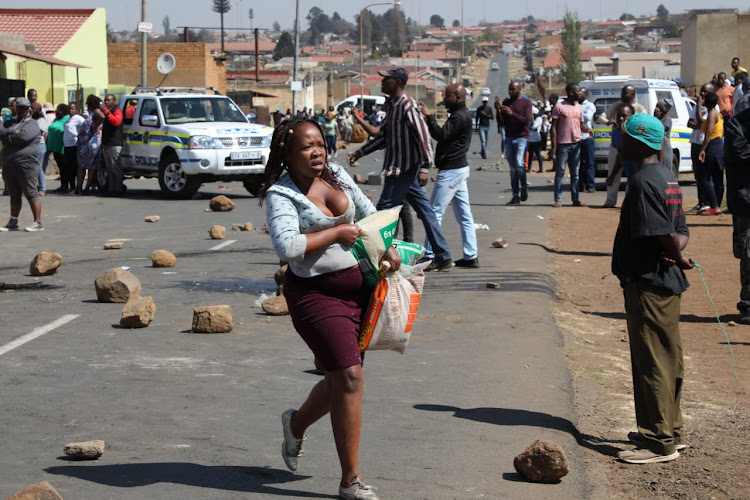 Residents of Jabavu, Soweto, loot a foreign-owned spaza shop on August 29, 2018, after Banele Qhayiso was allegedly shot dead by one of the shop owners.
Image: Thulani Mbele

When TimesLIVE arrived at the scene‚ police officers who were without rubber bullets watched helplessly as the crowds helped themselves to the goods inside the shop.

The more brazen carried their stolen loot in black trash bins‚ while others brought in trolleys and bags.

Meanwhile‚ the two shop owners had locked themselves inside the shop after one of them had earlier allegedly been beaten by community members.

Police reversed their van to the side of the shop‚ opening the back as the two men jumped into the van. The van quickly pulled off‚ riding through an array of sizeable rocks which had been placed on the street.

Up the road‚ police remained on high alert as other shops belonging to foreign nationals were also emptied.

Lieutenant-Colonel Lungelo Dlamini told TimesLIVE that police had since opened a murder and attempted murder case.

“Someone was shot dead and another was wounded. He was shot there around Soweto‚” said Dlamini.

He could not immediately provide any further details on whether the second person was linked to the same scene.

"It will all form part of our investigation‚" he said.

Business leaders in the Inanda‚ Ntuzuma‚ and KwaMashu area have blamed the government for the recent outbreak of violence that targeted shops owned ...
News
2 years ago

An Ekurhuleni Metro Police officer was arrested on Friday for allegedly shooting dead an innocent bystander in 2017.
News
3 years ago