'I humbly apologise to the baboon': Woman lives in fear after slur against new NMB mayor 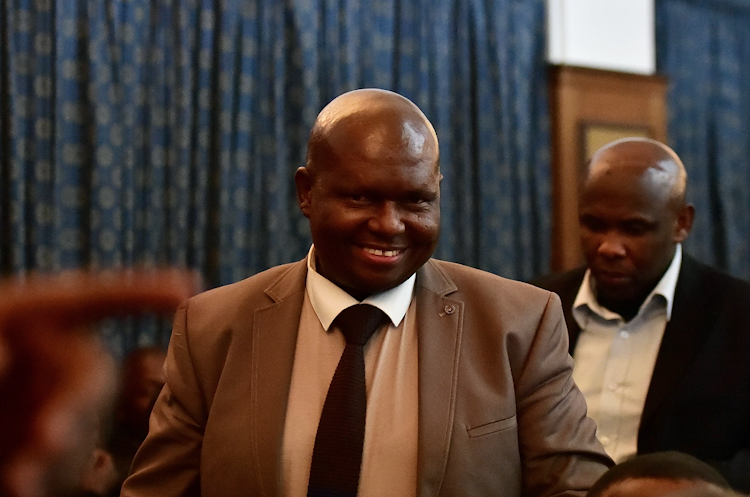 Opposition councillors in Nelson Mandela Bay elected the UDM’s Mongameli Bobani to replace Athol Trollip after he was ousted through a motion of no confidence.
Image: Eugene Coetzee

A Port Elizabeth woman who called new mayor Mongameli Bobani a baboon on Wednesday sobbed as she said she did not know what had come over her when she posted the offensive slur on Facebook.

Gretchen November told HeraldLIVE she regretted the post, which has since been deleted but not before it was shared mutliple times.

“I commented on someone else’s status, this guy was talking about baboons and I just made a simple statement which I so badly regret now. I don’t know what came over me, I really did not mean that our new mayor was a baboon, I just went with the joke that was going on on the post,” she said.

“I am scared to leave my house because my address is all over Facebook but this is not who I am, I am not a racist person. I regret what I posted. I don’t know what in God’s name I was thinking to post it,” she said.

The mother of four has since deleted her post and inboxed about 14 people, apologising for what she had said.

“There were people who accepted my apology but I can’t take back what I said because it was already posted and I also regret this,” November said.

Bobani had not responded to requests for comment at time of publishing.

Former Westville Girls’ High School teacher Danielle de Bruyn‚ who resigned on Monday amid allegations that she used the k-word while teaching a ...
News
3 years ago

The man who sparked Donald Trump's controversial tweet about land in SA, has backed down on his claims
News
3 years ago

Nic Catzavelos said on Monday that a racist video shared by his younger brother had “ripped apart” the family and their parents had left the country.
News
3 years ago

'We are terrified': Adam Catzavelos's 'devastated' family live in fear