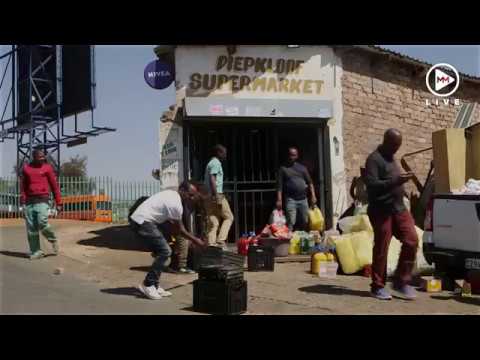 Sophie Mashile, a landlord who rents her property to foreign nationals who run a spaza shop, said that it hurts that her tenants were packing their goods and fleeing the violence that erupted on Wednesday.

As she was speaking to TimesLIVE, her tenants were busy packing the goods in their store and heading for safety.

"It was the logical thing for them to do," said Sophie Mashile.

The violence came in the wake of a government statement that a probe was under way into unconfirmed reports of “fake” food being sold by foreign spaza shops.

One shop owner said there was peace between them and the community before the government statement.

“People are right [for being angry]. There is a law‚ there is a government. If the government has opened the way [through announcing the investigation] what will happen? You and me we don’t have a problem. The problem in South Africa is the government‚” he said‚ emphasising that he did not blame the locals for their actions.