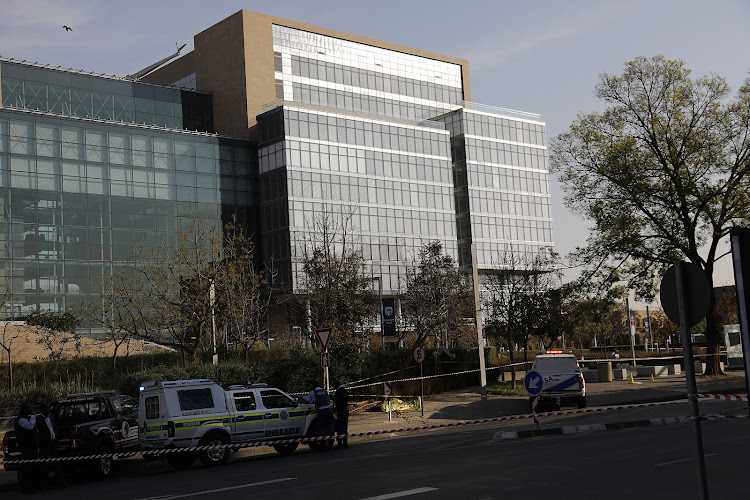 In the incident‚ which was caught on camera‚ a man walking on Baker Street was accosted by four men who robbed him of his watch.
Image: ALON SKUY

Police are tracing a firearm left at the scene of a robbery-turned murder in Rosebank‚ Johannesburg‚ on Friday afternoon to see whether it has been used in other crimes.

In the incident‚ which was caught on camera‚ a man walking on Baker Street was accosted by four men who robbed him of his watch.

“Security guards saw what was happening‚” said police spokesman Colonel Lungelo Dlamini. “When they responded‚ they were shot at. One guard died.”

One of the four robbers was wounded in the exchange of gunfire.

“Another suspect was able to drag him into a car‚” said Dlamini‚ adding that all men escaped but left a firearm behind.

“We will be following all the procedures‚ including ballistic testing‚ to establish if the weapon was used in any other crimes‚” said Dlamini.

No arrests have been made at this stage.

WATCH | No arrests in Bergville gunfight that left three dead

The gang of men responsible for the deaths of 13-year-old Nkanyiso Ntumba and two other victims in a daylight robbery in Bergville in central ...
News
3 years ago

A 13-year-old schoolboy was killed by automatic gunfire as he cowered in a bathroom while a gang of heavily armed robbers attacked a store on Monday ...
News
3 years ago

Three suspected property hijackers who were allegedly running a child daycare centre from a hijacked property were arrested in Ridgeway‚ in the south ...
News
3 years ago