No 'fake food' found after inspections at 470 shops in SA 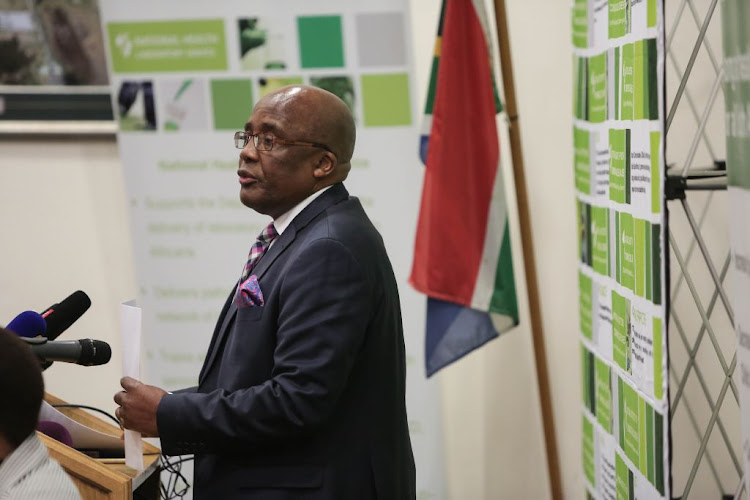 Health minister Aaron Motsoaledi during a press conference on the state of the listeriosis and the selling of alleged fake food in South Africa, on September 3, 2018, at the National Health Laboratory offices in Sandringham, Johannesburg.
Image: Alaister Russell/The Sunday Times

No “fake food” has been found by the health department after countrywide inspections of more than 400 small shops.

“There is no plastic rice or bread that won’t dissolve in water‚” health minister Aaron Motsoaledi said at a press conference in Johannesburg on Monday.

"Since the saga started‚ nobody has presented a single foodstuff that is fake‚" he said.

Motsoaledi also explained that food after its “best-before date is not expired food” and could be eaten.

“It is usually dry or tinned food.”

Following many videos on social media‚ including pictures of black liquid manufactured in a dark room and placed in Coca-Cola bottles‚ the national health department asked municipal health inspectors to check spaza shops countrywide for counterfeit or rotten food.

More than 100 shops were closed because the owners did not have the necessary legal documents to run them‚ while others were in areas not designated for commercial purposes. Others were run by immigrants who were not in the country legally and were thus arrested.

One store in Tshwane had items that were counterfeit - real food‚ but claiming to be a brand it was not.

Two factories were found making counterfeit goods. One was making spices and labelling them Roberstons‚ while another was bottling tap water and using Valpre labels. These have been shut.

Motsoaledi said he had been sent photos of children with ulcers and sores on their faces from allegedly eating rotten food. He said not one clinic or hospital had reported such patients.

People who had genuine information about food that was fake or unhygienic manufacturing facilities should contact the health department on 011 386 2003 to report it‚ he said.

“This needs to stop. They [are] selling us expired food and they are making their own cooldrink coz u find coke in a fanta bottle; fish tin but u ...
News
3 years ago

A Somalian national helping his fellow countrymen pack up a shop in Diepkloof‚ Soweto‚ said on Thursday they were targeted by looters after the ...
News
3 years ago