Zuma protected Faith Muthambi and he must explain why, says Phumla Williams 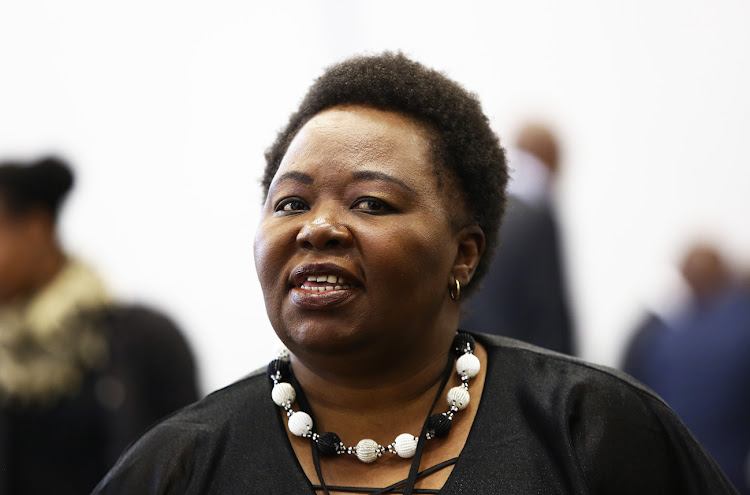 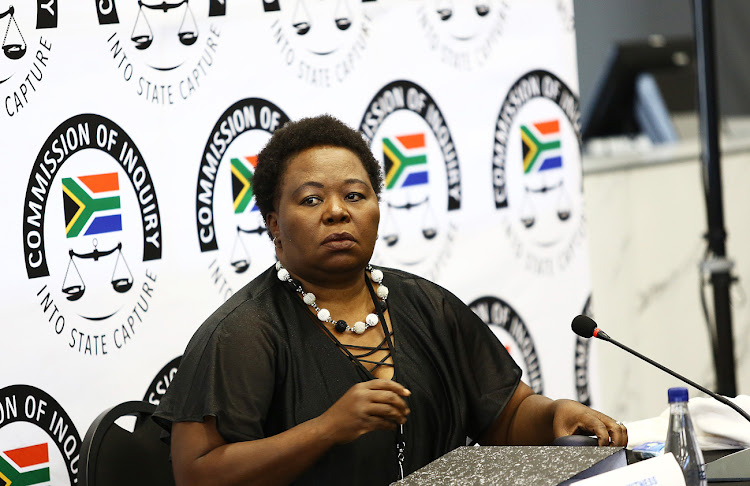 Williams gave explosive evidence on Monday morning about how Muthambi’s mistreatment of her revived the trauma of her apartheid-era torture – and accused her of “wanting to steal at all costs”.

“Minister Muthambi‚ or rather this woman… Minister Muthambi had ripped my scars of torture‚ completely‚ completely… I was no longer sleeping‚ I had nightmares… I had panic attacks. I saw torture going through my body again. I never thought in this government‚ people can do such things.

“I was tortured for weeks and Muthambi did the same thing to my body.”

Williams was describing how Muthambi‚ who allegedly leaked confidential Cabinet memos to the Gupta family‚ systematically took away her key responsibilities‚ which included her management of Government Communications and Information System (GCIS) procurement decisions.

Acting GCIS head Phumla Williams concluded her testimony at the state capture inquiry hearings on September 3 2018. We spoke to her afterwards.

At the time‚ she had been responsible for the GCIS corporate management portfolio. In August 2016‚ Muthambi wrote a memo effectively removing those responsibilities from her‚ and placing them in the hands of acting GCIS head Donald Lephoko.

“There was no consultation‚” Williams said‚ adding that she had been left in charge of Human Resources Administration and Development‚ Strategic Planning and IT.

Effectively‚ 70% of her portfolio was taken from her.

Williams said she had then written a letter to Muthambi‚ in a bid to understand what had happened.

Williams stated that in response to her letter‚ Muthambi had said: “I thought you had left. I’m surprised you are still there… and in any case‚ it’s my right. I have instructed and it’s my right as a minister.”

Williams later added that Muthambi had no regard for taxpayers’ money‚ as she was prepared to keep paying her a full deputy director’s salary for her to do “30%” of her work.

“I had to dig deep in my inner soul whether I am doing the right thing or not. I had to dig deep into what made me strong in the tortures that I went through when they wanted me to be an askari [to switch sides and work for the apartheid police]. I had to realise that I’m selling my country‚ and letting down my children‚ who look up to me.

“I had to accept that I am dealing with an enemy who is trying to steal from this country.”

The inquiry has been adjourned for the day.

Jacob Zuma not applying for cross-examination at state capture inquiry

Former president Jacob Zuma has not formally applied to cross-examine any of the state capture commission witnesses – but his son Duduzane and two of ...
News
2 years ago

Ajay Gupta has said he won't return to SA to testify at the state capture commission of inquiry but is prepared to give his version via video link.
News
2 years ago

Parliament’s police portfolio committee on Sunday welcomed the announcement by Hawks head Lieutenant-General Godfrey Lebeya that it is going ...
News
2 years ago

South Africa is emerging from a debilitating period where politicians and their benefactors systematically placed pliable individuals into key ...
Politics
2 years ago

'I sent the SMS': Manyi admits to messaging Williams during state capture inquiry