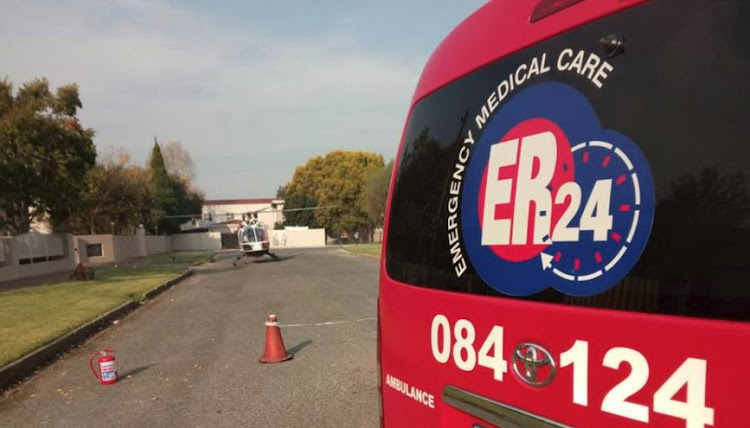 ER24 said in a statement on September 4 2018 that the incident occurred on a farm in Hoedspruit‚ Limpopo‚ on September 1 2018
Image: ER24 EMS via Twitter

In a freak accident involving a giraffe‚ two people – a mother and her child – were left critically injured.

ER24 said in a statement on Tuesday that the incident occurred on a farm in Hoedspruit‚ Limpopo‚ on Monday afternoon.

“ER24 paramedics were alerted to this incident after the Hoedspruit Medical Rescue arrived on the scene and assessed the patients. Assessments showed that a mother‚ believed to be in her 30s‚ as well as a 3-year-old boy‚ had sustained numerous injuries and were both in a critical condition‚” said spokesman Russel Meiring.

He added that the mom and child were treated by Hoedspruit Medical Rescue before they were rushed to a nearby airfield and airlifted to Busamed Modderfontein for “urgent treatment” once they had been stabilised.

Woman killed by alligator while walking her dog

A 45-year-old woman walking her dog in South Carolina died on Monday after being snatched and dragged underwater by an 8-foot alligator, the county ...
News
3 years ago