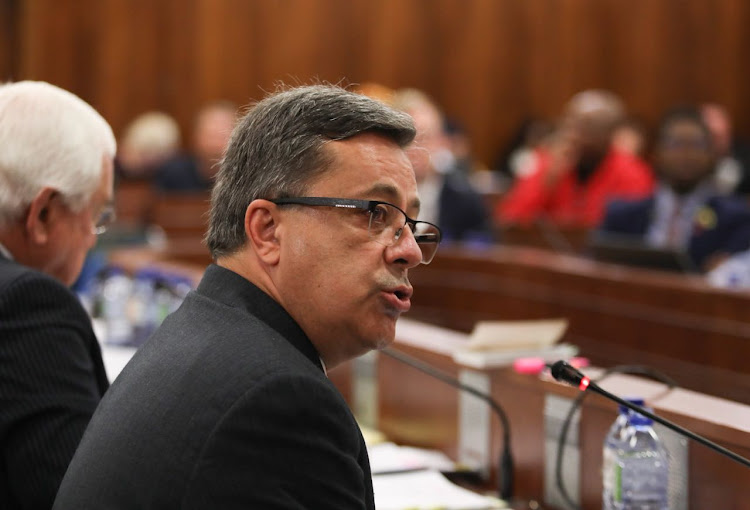 Former Steinhoff CEO Markus Jooste said in parliament on Wednesday that when he left the global furniture retailer‚ he was not aware of any accounting irregularities‚ which in his view means fraud‚ in the accounts of the group.

Jooste‚ flanked by two senior counsel and two attorneys‚ recounted the events that led to the collapse of the Steinhoff share price after the announcement by the board that an investigation would be undertaken into accounting irregularities.

He described the circumstances that led to his resignation. Jooste told members of four parliamentary committees that he was firmly opposed to a new investigation‚ which was proposed at end November 2017 by the Steinhoff auditors Deloitte‚ which would have meant that the group was not able to finalise its 2017 financial statements and that their release would have had to be postponed indefinitely.

Jooste said this would have had a "devastating" effect on the share price and finances of the group as it would have resulted in the suspension of credit lines and led to a loss of confidence from investors and lenders. His view was that the auditors should be replaced by more "independent" auditors and the unaudited results of the group released on December 6‚ as scheduled.

The supervisory board of Steinhoff did not accept Jooste's view and decided to launch a new investigation into accounting irregularities. He said he had made it clear that he was not prepared to go through another investigation‚ which had consumed about 90% of his time for the previous three years while the German authorities were investigating allegations of irregularities.

When he learnt of the board's decision‚ he sent an SMS to close colleagues‚ referring to the big mistakes he had made. He explained to MPs that the mistake referred to was the joint venture he had entered into with a German strategic partner‚ which eventually led to the investigations by the German authorities.

He strongly denied having ever lied about the affairs of the group.

Steinhoff's former chief executive, Markus Jooste, told a parliamentary inquiry investigating an accounting scandal at the retailer that he was not aware of any accounting irregularities when he left the firm in December 2017. Jooste appeared before the inquiry on September 5 2018.

EFF's Floyd Shivambu rises to protect Parliament's dignity and asks for a ruling.
Politics
3 years ago

Did everyone else see or at least have suspicions but simply turn a blind eye, enjoying the Steinhoff dream and not ask any questions?
Business Times
3 years ago