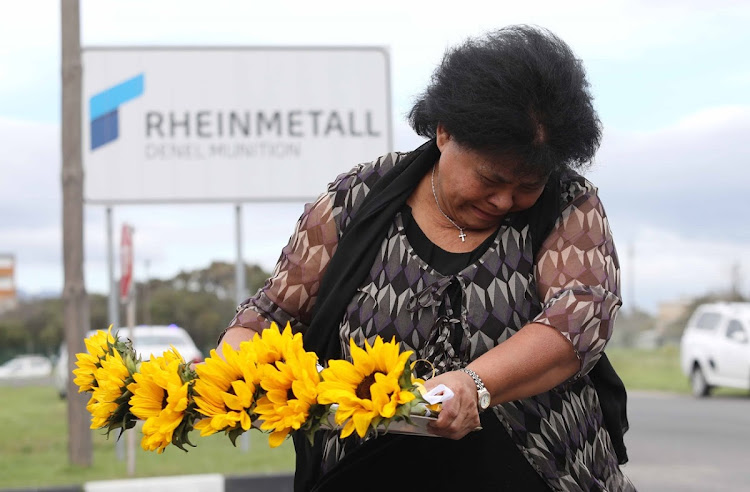 Jacoba Mouton, who worked at Denel for 22 years, lays flowers in front of the munitions plant.
Image: Esa Alexander

If you’re driving along the N2 just outside Somerset West, you’ll be unaware of one of the biggest munitions factories in the world just behind a thicket of trees.

On Monday afternoon a pall of smoke from a huge explosion marked the site of Rheinmetall Denel Munition, a national key point.

And on Tuesday, Macassar residents sang hymns, placed flowers and cried rivers of tears for at least eight people who are presumed to have died in the blast which pulverised one of the 400 buildings in the sprawling complex.