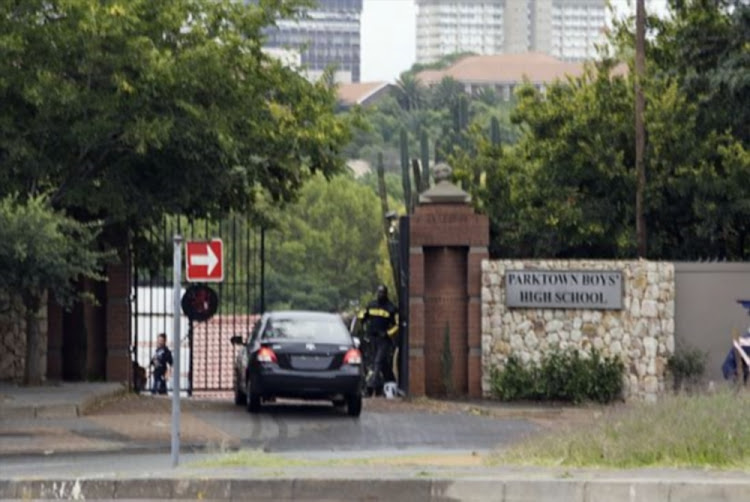 A Parktown Boys High School pupil testified on Wednesday how a former boarding master at the well-known Johannesburg school‚ Collan Rex‚ performed oral sex on him‚ grabbed his genitals and choked him.

The boy‚ who is now 16‚ told the Johannesburg high court‚ sitting at Palm Ridge Magistrate's Court‚ how Rex‚ who was also the waterpolo coach‚ invited him to his room towards the end of 2016‚ offering to massage his back.

"I said yes. He then started doing other things afterwards.

"He started to take my underwear off. I tried to stop him. He put my genitals on his mouth. I pushed him away and I left‚" the boy told the court.

The boy said he could not remember how long Rex performed the sexual act on him as it happened a long time ago‚ but estimated it could have been for about 10 seconds.

The boy also said Rex would grab his genitals on a number of occasions in 2016. "It was a long time ago‚ I cannot remember how many times he did this‚" the boy said‚ adding that it could have been over 20 times.

The boy also mentioned that Rex choked him on four occasions in 2016.

Defence advocate William Robertse said the boy did not mention the oral sex incident in his statement to the police in February last year.

"I think it was the first statement. I was too embarrassed to mention it‚" the boy said.

The boy said he told his mother about the incident after making the first statement. "My mom suspected I did not tell everything‚" the boy said.

He said his mother suggested police come and get a second statement.

A 17-year-old pupil on Tuesday told how sex-pest accused Collan Rex grabbed pupils by their genitals and would only let go after they whistled.
News
3 years ago

"That is false because [the fellow boarding master] joined the school after the incident‚" the boy stated.

Two weeks ago Rex‚ 22‚ pleaded guilty to 144 counts of sexual assault against 12 of the 23 boys who are complainants in the sex scandal that has rocked the school.

He has pleaded not guilty to a further 183 counts‚ which include one of rape‚ 110 of attempted murder‚ 55 of sexual assault‚ seven of exposure of pornography to a child‚ two of sexual grooming‚ and eight of assault.