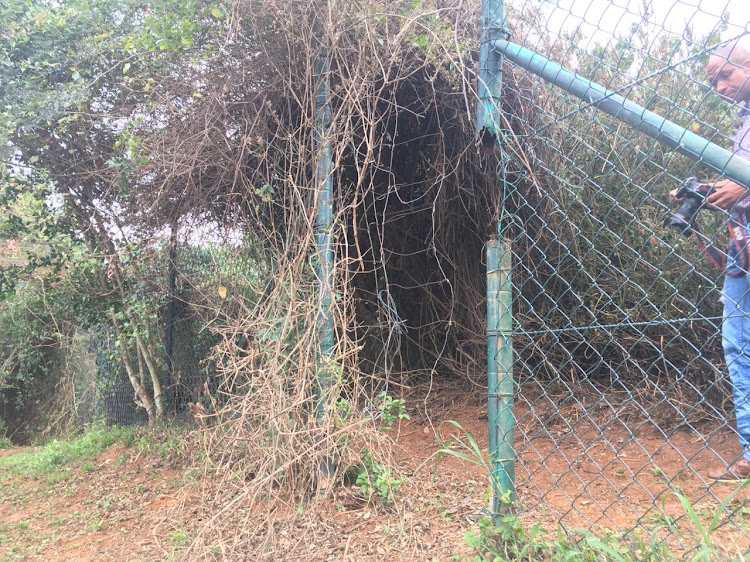 One of the broken patches of fencing at Burman Bush, a nature reserve in the Durban's Morningside suburb.
Image: Matthew Savides

Durban's nature reserves are so understaffed that they are under threat from criminals and land invaders.

This was the frank admission from the eThekwini municipality's parks department head Thembinkosi Ngcobo to TimesLIVE on Thursday. He was speaking in the wake of the murder of British citizen Simon Milliken on Friday at Burman Bush‚ a nature reserve in the city's Morningside suburb.

Milliken‚ a former member of the KwaZulu-Natal Philharmonic Orchestra‚ was accosted on Friday night while walking through the reserve with a friend. He was stabbed to death. His friend was able to escape.

Ngcobo said Milliken was the third person killed in Burman Bush in the last four years. On top of the three murders‚ there have been several reported muggings‚ while a city staff member has been stabbed. 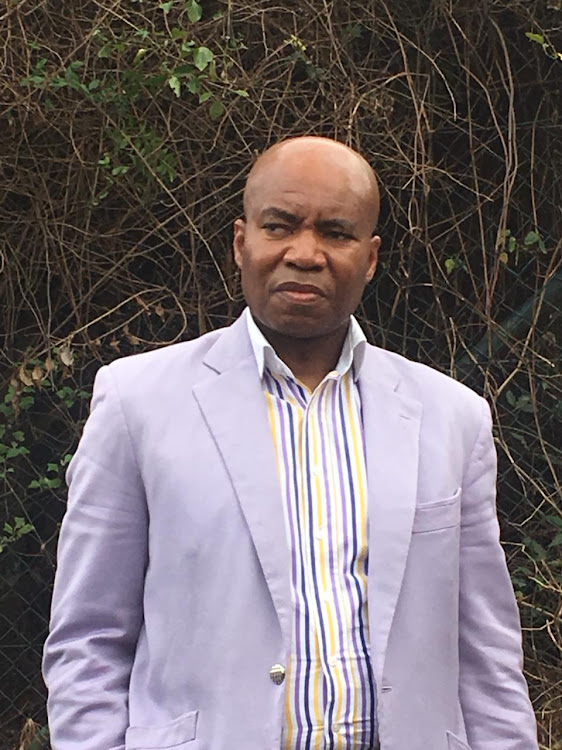 "Our country to a large extent is under siege because of the wave of crime that we've seen - a situation all of us we would like to see come to an end. Obviously‚ we are not on an island. Some of these facilities we manage are going to be affected by crime‚" said Ngcobo.

"Patrons become easy targets because of the nature of the facilities. The problem is not about the nature reserves‚ but a general problem affecting our country - that is the high levels of crime and disrespect and disregard for the law."

Ngcobo conceded that there were specific problems in Burman Bush‚ particularly regarding the area’s security fencing. In total‚ the city has 75‚000 hectares of nature reserves. Burman Bush accounts for just 55 hectares but is unique because it is situated entirely within a suburban area.

"This reserve‚ because of where it is and because of how it is‚ has had a recent history of being affected by crime. It has attracted a number of criminal elements.

“There is a 4.5km perimeter fence‚ and we must admit first and foremost that our fence is no longer worthy to be called a fence. We've done an estimate over the last few weeks and realised it would cost R4.5-million to R5-million to have the fence we desire for this area‚" said Ngcobo.

It was hoped that budgets could be shifted and council approval gained to have the fence redone "as soon as possible‚" said Ngcobo‚ adding that other immediate requirements included increasing the field ranger numbers from two to six‚ allowing them to operate on a 24-hour shift system.

A community initiative to take Burman Bush back from criminals who stalk the pathways was too late to save musician Simon Milliken who was stabbed to ...
News
3 years ago

"Furthermore‚ with immediate effect‚ the reserve will be closed from 6pm to minimise the movement of unwanted elements in the reserve.”

Ngcobo added that only one gate would be open for entry and exit from the reserve - and anyone who used the facility would have to sign a register on arrival and departure.

"We wouldn't like to turn these into military areas. Our security plan will be all-encompassing. We are engaging with Mayville police station to devise a plan specifically for the nature reserve‚" he said.

"We are hoping that with these new measures we are going to restore at least some semblance of order in the reserve."

Ngcobo said contact was being made with police over allegations that officers‚ because of a lack of resources‚ could not get into the reserve until the morning after the murder. While admitting they were speaking to the police‚ he “would be reluctant to apportion blame to them”.

Firefighters are battling a blaze which swept through parts of Queen Elizabeth Park in Pietermaritzburg on Wednesday.
News
3 years ago

“For us‚ the question is‚ do we have enough rangers here? Right now‚ we believe there is a gap in terms of the service. I believe that this incident [Friday's murder] could have been avoided if we were adequately equipped to deal with such a situation‚" he said.

Ngcobo said that the "biggest undoing" - not just for Burman Bush but for all of the city's 75‚000 hectares of nature reserve - was severe understaffing. He said the number of staff to protect the various reserves was "a joke".

"The capacity we have for natural areas - all of them - should be about seven times what we have‚ to be able to provide adequately what needs to be done. If we don't do that [increase staffing]‚ I don't think we'll be able to turn these areas into safe areas to contribute to eco-tourism and good management of the spaces we have in the city‚" he said.

Ward councillor Martin Mayer urged the parks department to close Burman Bush until the additional security is added. "We can't allow a situation where people's lives are put at risk. The park is not secure at this stage‚" he said.