Munitions factory blast victims to be named next week 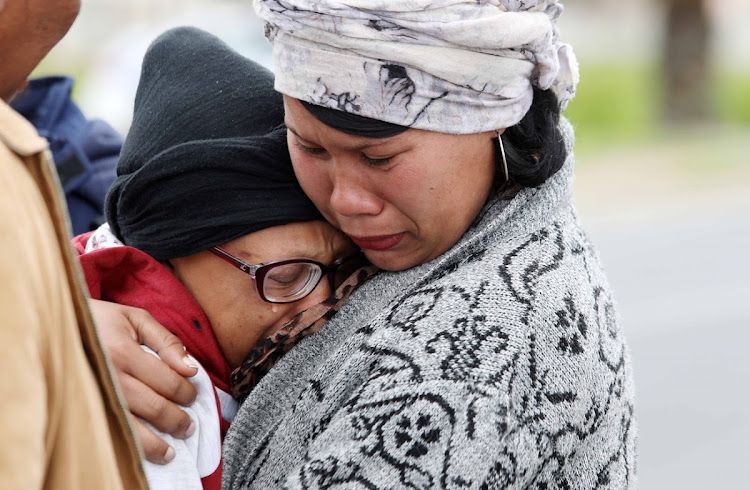 The Cape Town munitions factory where an estimated eight workers died in an explosion on Monday says it will not be able to name the men until next week.

A statement from Rheinmetall Denel Munition on Thursday said the names would be released after the workers’ remains had been identified “and only after consultation with the individual families who have been affected”.

CEO Norbert Schulze and his management team at the Macassar factory‚ near Somerset West‚ spent several hours with the families on Thursday‚ “to explain events in detail and to answer their questions around the incident‚ the investigation process and next steps”‚ the statement said.

Grieving families to be updated on Denel explosion

Families who lost loved ones in an explosion that destroyed a building at Rheinmetall Denel Munition in Macassar‚ Cape Town‚ will be given a detailed ...
News
3 years ago

“We are providing ongoing trauma counselling and tailored support‚ not only for the families directly affected but for all of our staff.

“We are all working together to determine what happened and why. We are working night and day with the authorities to figure this out because we all want answers and we need to be able to answer these questions‚ not least for the sake of the families and our community.”

Monday’s blast‚ in one of the 400 buildings on the site‚ each with its own blast wall‚ was felt up to 30km away and sent debris and smoke hundreds of feet into the air.

Schulze said it happened while workers were mixing five types of propellant for 155mm artillery charges‚ the largest calibre in modern use.

Denel should compensate the families of the employees who were killed in an explosion at the Rheinmetall Denel munitions factory on the outskirts of ...
Politics
3 years ago

Jason Hartzenberg dreamed of being a policeman and had just passed his entrance examination.
News
3 years ago

Four people have been confirmed dead after a massive explosion rocked the Reinmetal Denel Munitions factory in Somerset West on Monday.
News
3 years ago