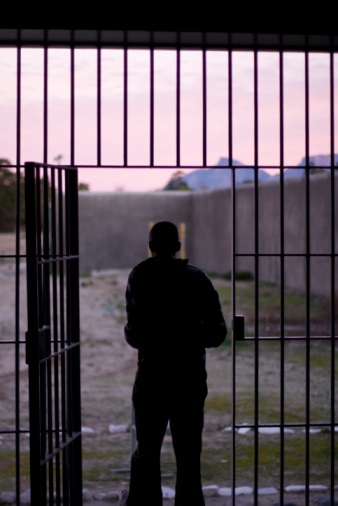 A gun belonging to a murdered security guard has been found in possession of a friend of a Johannesburg Prison escapee who police have been hunting since April.

Both have been arrested.

Altogether‚ 16 awaiting-trial detainees escaped from the prison on April 9 after removing part of a brick wall. Some metal cupboards were stacked on top of each other‚ leading to a hole in the wall‚ where a wire mesh had been cut and pushed backwards‚ allowing for ample room for the 16 prisoners to make their way out.

Police have been on their trail ever since.

Two of the escapees were re-arrested this week in a joint operation by the police and Johannesburg metro cops‚ Gauteng police said in a statement on Thursday.

So far‚ 11 of the original escapees have been re-arrested‚ said Sergeant Sefako Xaba‚ spokesperson for Gauteng provincial police.

Mosikwe was re-arrested on Wednesday morning “in a hideout place around Johannesburg‚” said Xaba.Twala was caught on Tuesday evening on Commissioner Street in Jeppestown while walking with a friend‚ aged 30. When they were searched‚ police recovered two unlicensed firearms and ammunition in their possession.

“Preliminary investigation revealed that a firearm found with a 30-year-old suspect [Twala’s friend] belongs to a security officer who was murdered last month on Bree Street in Johannesburg. The same firearm was also linked to that murder.”

Twala and his friend are due to appear in the Johannesburg Magistrate’s Court on Thursday‚ while Mosikwe is scheduled for a court hearing on Friday.

Police on Thursday re-arrested six of 20 people who had fled from police custody after a brazen gun fight with officers. They were being transported ...
News
3 years ago

It isn’t hard to see why a gang of armed men chose the Pat Mbatha Road near Booysens to carry out a brazen operation to bust awaiting-trial prisoners ...
News
3 years ago
Next Article