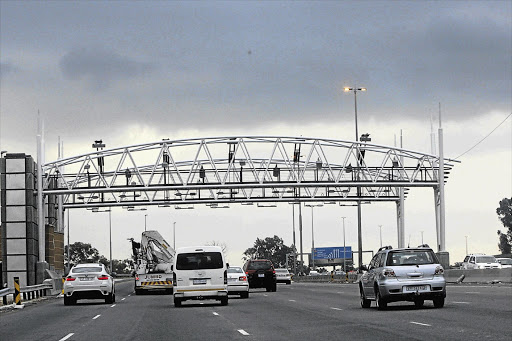 The Organisation Undoing Tax Abuse (Outa) has questioned how transport minister Blade Nzimande arrived at the figure of R67-billion that he says is owed for Gauteng’s freeways.

Last month‚ Nzimande said the South African National Roads Agency Limited (Sanral) was saddled with a R67-billion bill and said it remained to be seen who would foot it and how. Nzimande also said scrapping e-tolls was not on the cards.

Speaking to Africa Melane on 702 on Tuesday morning‚ Outa CEO Wayne Duvenage questioned Nzimande’s maths. “The R67bn is questionable. It was a R20bn loan that they got from the PIC that was obtained in 2008/2009.”

Duvenage said keeping e-tolls in place did not solve the funding problem at all as Sanral was spending R20m a year on the litigation process against motorists.

“But the issue of whether they are going to be able to use e-tolls to fund this outstanding money‚ the short answer is no‚ as they have barely collected enough to pay for the collection‚” Duvenage said.

Duvenage said there had been confusing messages on whether or not e-tolls should be scrapped‚ with Gauteng Premier David Makhura saying the scheme had failed.

“This has been ongoing for some time. The leadership within the Gauteng province has been adamant that the scheme has failed. It has failed to garner the support of the public. 75% of them have defied the scheme‚” Duvenage said.

Newly elected Gauteng ANC deputy chairman Panyaza Lesufi says a resolution has been taken to set up a task team to look into scrapping e-tolls.
Politics
4 years ago