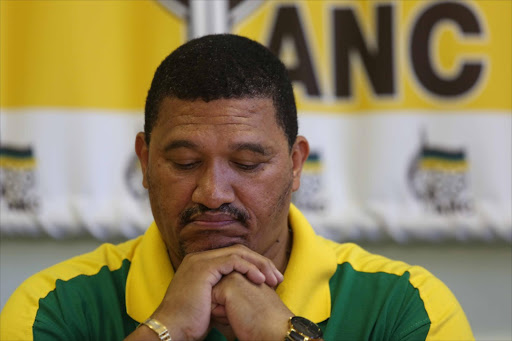 Fransman claimed during a radio interview‚ when he was the provincial party leader and deputy minister of international relations in 2013‚ that Jewish businessmen were “undermining transformation”.

He alleged they were unfairly benefiting at the expense of the black population and the Cape Town Muslim community in particular.

The SA Jewish Board of Deputies (SAJBD) were deeply offended and lodged a complaint.

The commission said on Friday that it had completed its findings and while Fransman’s utterances did not constitute hate speech they did violate the SAJBD’s right to dignity under the constitution.

Fransman was directed to submit a written statement to SAJBD national director Wendy Kahn‚ “acknowledging and apologising for the injury he had caused to the dignity of the SAJBD‚ and affirming his commitment to the values expressed in the constitution.”

ANC disciplinary processes have been captured by a faction “driving a regime change”‚ according to ANC Western Cape chairman Marius Fransman‚ who is ...
Politics
4 years ago

He was given a month to make the apology.

During the interview‚ broadcast on the Voice of the Cape on March 13 2013‚ Fransman said: “I want to let the Jewish Board of Deputies [unclear] that they are undermining our transformation of the CBD and on the Cape Flats and with the disadvantaged community.”

He implied‚ according to the complaint lodged with the commission‚ that the SAJBD lacked loyalty to SA‚ furthered “the agenda of a foreign power...” and was “...working to undermine initiatives aimed at uplifting non-white South Africans.”

SAJBD spokesperson Charisse Zeifert said in a statement on Friday that the board’s complaint had‚ “after an inordinate and regrettable delay of five years‚ finally been vindicated.

Embattled ANC Western Cape chairman Marius Fransman has blamed Gwede Mantashe for his woes related to the sexual harassment charges he is facing. ...
News
5 years ago

“Earlier this week‚ the SAHRC also finalised a similar case against another prominent Western Cape politician‚ Tony Ehrenreich‚ noting that he too needed to apologise to the Jewish community for offensive statements made against it. We are pleased that bodies that have been constituted to uphold South Africans’ constitutional rights are delivering on their mandate.”

Zeifert said the board was encouraged by the commission’s recommendation that Fransman had "a responsibility to conduct himself in a manner which is consistent with constitutional values".

“This is indeed something that all South Africans‚ and in particular its elected leaders‚ should take to heart. “Today‚ more than ever‚ we need to find ways to engage with one another in a civil‚ respectful and empathetic manner‚ especially concerning issues where we hold divergent viewpoints.”