SAHRC condemns violent behaviour by BLF at its Gauteng office 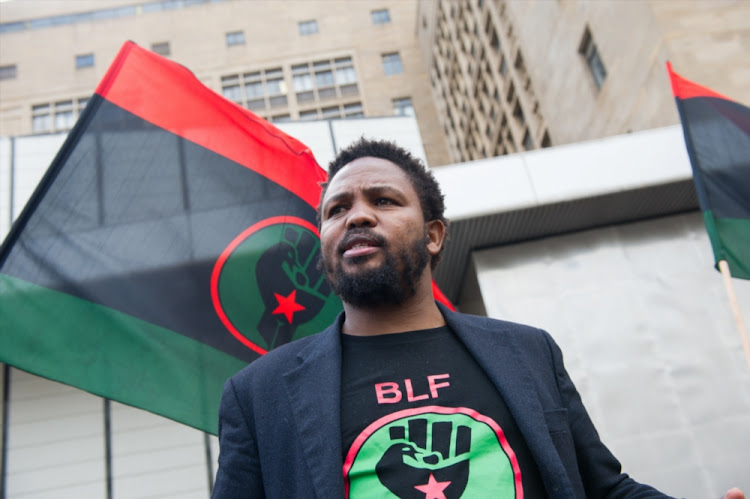 The SAHRC says it will lodge criminal charges against the members of the BLF who shoved‚ pushed and struck staff of the Commission with an open hand
Image: Gallo Images / Beeld / Wikus de Wet

The South African Human Rights Commission (SAHRC) has condemned “in the strongest terms” what it called a violent disturbance by Black First Land First (BLF) members at its Gauteng office in Johannesburg on Monday.

A pair of spectacles was also “violently taken from the CEO’s [Tseliso Thipanyane] face and was only returned after some time”‚ the commission said.

“The Commission had to call the South African Police Service (SAPS) to intervene. However‚ the BLF members had left the premises before the SAPS’s arrival‚” the SAHRC said in a statement.

It said the BLF members were on the premises as the Equality Court had referred a settlement negotiation‚ arising out of a complaint lodged by a member of the public. The allegation against BLF‚ was that they had contravened section 10 of the Promotion of Equality and Prevention of Unfair Discrimination Act‚ 2000 (PEPUDA or the Equality Act‚ Act No. 4 of 2000).

Concerned that only black people are being targeted by private prosecutions‚ the Black First Land First group announced it had established its own ...
Politics
3 years ago

Artist Amanda Mjindi, 30, did not consider it an extreme act to simply move her few items of furniture into an empty house in the swanky Pretoria ...
News
3 years ago

“BLF began insulting the Chief Executive Officer of the Commission‚ along with staff of the Commission and when requested to leave the premises began to hurl abuse and act violently‚” the SAHRC said.

It added: “The Commission‚ in light of the Common Law and the Act‚ will lodge criminal charges against the members of the BLF who shoved‚ pushed and struck staff of the Commission with an open hand.

“The Commission wishes to highlight the fact that in terms of section 4(3) read in conjunction with section 22 of the South African Human Rights Commission Act 40 of 2013 (the Act)‚ it is a criminal offence for any person to interfere‚ hinder or obstruct the Commission or a member of staff in its functions.”