Cops under fire as kidnapped businessman Liyaqat Parker is freed 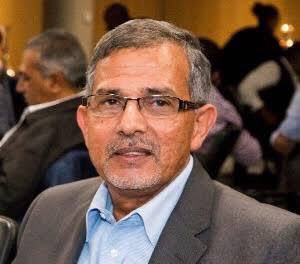 To add insult to injury‚ TimesLIVE understands that alleged extortionist Nafiz Modack was involved in securing the release of Parker in Kuils River‚ in the northern suburbs of Cape Town‚ late on Monday.

Modack refused to comment on his involvement‚ saying only that he was “glad [Parker] was OK and safe with his family”.

Community safety MEC Dan Plato said the 65-year-old’s release was the result of “large sums of extortion money” being paid by the family.

“This raises serious questions on SAPS’s role in combating and prevention of kidnappings in the province involving prominent business people‚” he said.

The public relations consultant hired by the Parker family‚ Kaz Henderson‚ denied that a ransom was paid and said claims that Modack was involved in Parker's release were “simply not true”.

It was also suggested by a source that a suspect was apprehended this week but Henderson denied this.

Two months of captivity have ended for Cape Town businessman Liyaqat Parker – to the relief of his family.
News
3 years ago

“We are unable to provide in-depth comment at this stage as the matter remains very sensitive‚” she said.

Plato said he would ask provincial police managers for an update on the investigation when they attended a provincial cabinet meeting on Wednesday.

“Police has thus far remained tight-lipped about the investigation‚ leaving speculation to continue as to their involvement to return Mr Parker or capabilities to arrest those responsible‚” he said.

“Despite the safe return of Mr Parker‚ we need to unmask those responsible and ensure they receive their day in court to face the full might of the law. This will unnerve those contemplating similar crimes‚ because they will be caught and will go to jail.”

Gauteng businessman Shiraz Gathoo‚ who was kidnapped on the N12 in a bogus police roadblock in March‚ is back with his family‚ according to early ...
News
3 years ago

Plato said “had the police been instrumental in the return of Mr Parker‚ the Western Cape government would be the first to congratulate them‚” but the “opposite seems to be true”.

Parker was kidnapped at gunpoint by five men in the parking basement of his company in July. He is a founder of the Foodprop Group‚ which owns the Foodworld chain of supermarkets. He is also a board member of Al Amien Foods and a non-executive director of Brimstone Investment Corporation.

Calling for his safe return‚ his family described Parker as a devoted family man‚ an astute businessman‚ a community worker and a philanthropist who served as a member of non-profit organisation, The Friends of the Children’s Hospital Association.