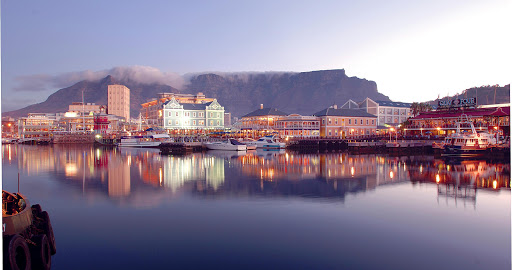 The City of Cape Town is planning to sell land valued at R144-million for just R1.8-million to provide 850 new homes.

Around 300 of the flats in a R715-million development in Salt River will be “social housing” rented to households earning between R1‚500 and R15‚000 per month.

Brett Herron‚ the mayoral committee member for transport and urban development‚ said nine-storey blocks of flats on 1.4ha next to Salt River Circle would provide affordable accommodation “on the doorstep” of the city centre.

“This is the purpose of the development‚ to mitigate the impact of gentrification on longstanding families from Woodstock and Salt River who cannot afford to rent or buy properties from the private market due to the unprecedented growth in property values in these areas over the past decade‚” he said.

The city council has been embroiled in controversy over the last three years over evictions in Woodstock and Salt River sparked by development plans. Rising property values caused by the success of trendy buildings such as the Old Biscuit Mill have left long-standing residents unable to afford to stay in the suburbs.

Cape Town will have a swanky new residential suburb right next to the V&A Waterfront thanks to a municipal decision to rezone a large area ...
News
3 years ago

Herron said the mayoral committee’s recommendation on Tuesday that the Salt River market site should be sold to a social housing institution‚ Communicare‚ for a fraction of its value‚ was driven by the need for affordable rental units.

“The 300 social housing units would be available to qualifying households who can afford to pay rent of between R625 and R4‚866 a month‚” he said.

Communicare will receive a subsidy of R80-million for building the 300 flats‚ and also plans 550 homes that will be rented at market prices‚ 350 parking bays and 2‚000m² of shops bounded by Voortrekker Road‚ Bromwell Street and the railway line.

Herron said: “The affordable rental units in high-rise buildings are only financially feasible and sustainable if the land is transferred at less than its fair market value and with a high level of cross-subsidisation from its mixed-use development concept.

“This is key to densified social housing projects in Cape Town. This site is currently undeveloped and is associated with anti-social behaviour. The proposed development presents the city with an opportunity to repurpose the site to the benefit of the whole community.”

Judgment ends era of the R10 repossessed home in SA

A full bench of the South Gauteng High Court ruled on Wednesday that repossessed homes may no longer be sold at auction without reserve prices‚ ...
Business Times
3 years ago

Herron said Communicare had made clear the development would not be financially viable if the site was transferred at 10% of the latest valuation: R14.4-million.

“The development cost of this city-owned site is considerably higher than would be the case for other social housing developments because it is required to meet the city’s densification objectives given its location‚ access to public transport services‚ and proximity to the CBD.

“Furthermore‚ a mixed-use development and a higher yield of market-related units‚ as is proposed by Communicare‚ would be used to cross-subsidise the units that will be made available to lower-income families at affordable rental. This financial model will also ensure the long-term sustainability of the proposed development.”

Twenty-nine families living in an informal settlement on the land would have to be relocated‚ said Herron. “Some may qualify for the social housing opportunities that will form part of the development of this site and those who do not qualify will be accommodated in the transitional housing site in James Street which is currently being planned.”

A report to the mayoral committee on Tuesday said more than 500 flats are being planned in nearby private developments in Observatory‚ Salt River and Woodstock. They would be sold for between R950‚000 and R4.66-million.

A refurbished old building in Johannesburg’s city centre has shot up in value from R1-million to over R6-million in just five years‚ showing the ...
Business Times
3 years ago

A Congolese man managed to extinguish a fire at his rented home in Puntans Hill‚ Durban‚ after it was petrol bombed during violent unrest in the ...
News
3 years ago

Is something brewing in Hillbrow?