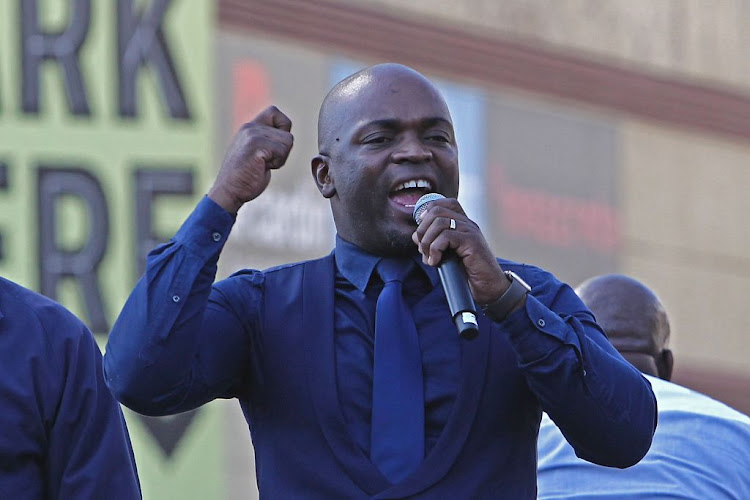 The Police and Prisons Civil Rights Union is encouraging its members not to enter the correctional services building in Pretoria until they are assured of their occupational health and safety‚ even if threatened with disciplinary action.

The Poyntons building in the Pretoria CBD was shut down on Wednesday last week by Tshwane mayor Solly Msimanga‚ who led an inspection of the office block to assess its safety standards and fire compliance. He said over 1‚000 people worked there.

This morning I led a special mayoral operation at Poyntons Building in the CBD, currently being occupied by the Department of Correctional Services, to inspect if they comply with the National Building Regulations. pic.twitter.com/kcz1vRC59K

Correctional services minister Michael Masutha said on Friday the city's emergency services department was liaising with the owners of the building to engage on safety measures to be undertaken.

Popcru said in a statement that its members were advised by the department of correctional services on Tuesday that they should return to work. However‚ according to the union‚ they have not been given a certificate stating the building was safe to occupy.

It said the building was closed due to lack of compliance with fire regulations‚ in particular‚ that in the event of fire‚ emergency services would not be able to pull up water to extinguish the fire because the sprinkler booster was not working.

There were more safety concerns‚ said Popcru: "The City of Tshwane did not include the fact that there are faulty electrical connections and that there is no water distribution within the building.

"The water booster that was installed over the weekend in the department's rush to be seen as compliant is also not working‚ and in terms of the minimum standards‚ the pressure gauge is supposed to be at 1‚200 k.a.‚ but is currently running at 400k.a.‚ meaning it is not operating at acceptable minimum standards.

Stating that alternative premises should be found where its members are able to work until the building meets all safety requirements‚ the union said its lawyers had written to the minister‚ "indicating that our members cannot be able to enter a hazardous building".

"Instead of responding to the issues raised by our lawyers‚ the DCS management ... issued an ultimatum to our members‚ demanding that they return to work within an hour or face the possibility of disciplinary charges. We urge our members not to be intimidated‚ and to remain steadfast in their just actions. We value their lives and will be doing everything in our might in ensuring they are not victimised."

Masutha said on Friday that while he wanted work at the correctional services department to return to normal‚ he wanted staff to feel safe and was satisfied that the ongoing engagements between the municipality and the owners would soon result in the Poyntons building being fully compliant with regulatory safety requirements.