On Tuesday‚ Zingiswa Losi became the first woman president of trade union federation Cosatu after she was nominated for the post unopposed.

Losi replaces Sdumo Dlamini‚ who has held the position for over 10 years. Dlamini had taken over from Willie Madisha‚ who now serves as Congress of the People deputy president.

Losi’s election comes after she was backed by the biggest Cosatu affiliate‚ the National Education‚ Health and Allied Workers’ Union (Nehawu) which had withdrawn its support of Dlamini earlier this year. Dlamini is a Nehawu member.

The Port Elizabeth-born Losi had been serving as Cosatu’s second deputy president since 2015‚ when she was elected to the position following serious divisions in the federation. Those divisions saw the sacking of then popular general secretary Zwelinzima Vavi and the expulsion of her union‚ the National Union of Metalworkers of South Africa (Numsa).

Losi joined Numsa and later became a shop steward when she worked for car manufacturer Ford in Port Elizabeth in the early 2000s. 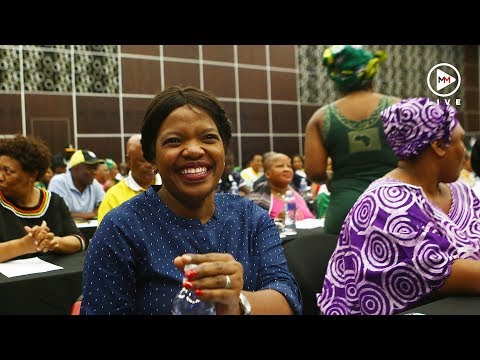 During that tense period around 2015‚ Losi almost lost her position as the second deputy president when she sided with a faction‚ aligned to Dlamini‚ which had been pushing for Vavi’s sacking.

Numsa later kicked Losi out‚ a move that would have resulted in her losing her position – but she was later accepted as a member by the police union Popcru.

Last year‚ Losi ran under President Cyril Ramaphosa’s slate to be the ANC’s deputy secretary-general. However‚ she ultimately lost out to Jessie Duarte in a controversial outcome‚ which left a number of the president’s supporters stunned.

Her uncontested election on Tuesday followed talks among Cosatu affiliates to ensure an uncontested conference – a move that some insiders said was in the interests of unity.

Soon after she was elected‚ Losi sang the praises of her predecessor and attributed Cosatu’s successes – including the introduction of the minimum wage‚ and changes to the labour law regarding maternity leave and the Unemployment Insurance Fund – to Dlamini’s leadership.