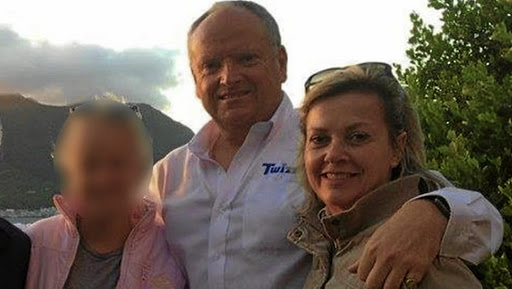 A Cape Town businessman charged with murdering his wife has been arrested for allegedly breaching his bail conditions and intimidating witnesses.

“[Packham] was arrested last night by Diep River police on a warrant of arrest for breaching his bail conditions and intimidation of witnesses‚ relating to a murder which was committed on 22 February 2018‚” said Traut.

He would appear in the high court in Cape Town on Tuesday.

The businessman‚ a former manager of beverage production company Twizza‚ was out on bail of R50‚000 pending a pre-trial hearing at the high court on October 26.

Packham is accused of murdering his wife‚ Gill‚ putting her body in the boot of her car and setting it alight at Diep River railway station.

The alarm was raised when Gill did not arrive for work at a Wynberg high school‚ Springfield Convent‚ where she was a secretary.

According to the state‚ licence-plate recognition cameras showed Packham driving his wife’s BMW‚ and cellphone towers showed he spent the day of her disappearance driving around the Constantia area.

During the late afternoon he was reportedly seen driving away from the burning car. When firefighters extinguished the flames they found Gill's charred body in the boot but a postmortem report showed she was killed by blunt force trauma to the head.

Packham’s trial is scheduled to start on February 4.

Constantia businessman Rob Packham was sent to the High Court in Cape Town on Thursday to be tried for the murder of his wife‚ Gill.
News
3 years ago

Nearly six weeks after a Cape Town couple were murdered in their southern suburbs home‚ police have yet to make arrests.
News
4 years ago

Nearly six weeks after a Cape Town couple were murdered in their southern suburbs home‚ police have yet to make arrests.
News
4 years ago

Cape Town businessman Rob Packham‚ who is accused of murdering his wife Gill‚ was released on bail of R50,000 on Friday.
News
4 years ago